Assault on the Aerie of the Slave Lords: Tunnel Rats

With the construction of their base of operations now complete, the Heroes 4 Hire turned their attention to hiring staff to operate and maintain their new establishment. Illyia Baham, Naïlo Thia and Smedley Hampton arrived in Anchorhead the previous evening and spent the night at the Onyx Fountain Inn. When they arose in the morning, they talked at length with Zimen Rehler, gleaning a list of recommended Stewards from his experience and contacts. Illyia and Thia spent the rest of the day contacting and interviewing Zimen’s short list of potential hires, while Smedley went on his own to help fill in several of the other positions.

By the end of the day, Illyia and Thia had decided and hired Alyn Quinn into the Steward position. Alyn was striking; her beauty only equaled by her pragmatic business savvy. She had come with top recommendations from both Zimen and her former employers. She was an impressive force of personality, much more than her tall, rail-thin frame belied. With Alyn’s help, the three Heroes spent the next five days filling out the rest of the positions on their staff. 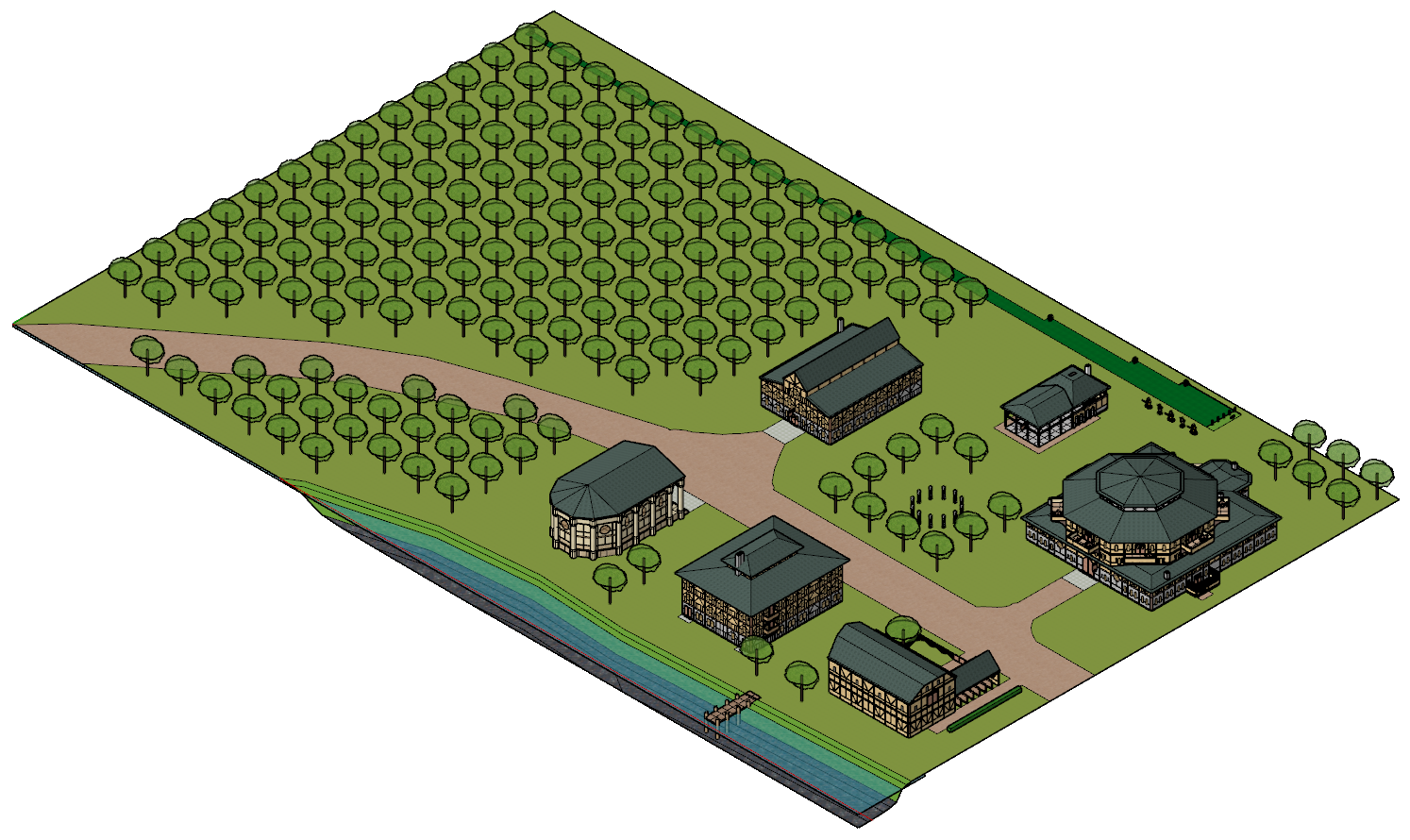 The trio returned with the homestead fully staffed, and joined the rest of the company in training and setting about duty assignments and expectations with their new hirelings. By the end of the day, they had their operations and delegations set, monies transferred into the DVT bank, instructions given and were prepared for a planned departure back to Darkshelf, Neistor and the final push to eradicate the Slave Lords. That evening, they threw a raucous grand opening party, complete with food, drink, gambling, music and excessive carousing.

The next morning, Alton Beeblebrox, Dajjal, Smedley, Karraway, Illyia, Thia, Lt. Diplo Norixius and Ryoun Rodri loaded up the wagon and departed for the long ride to Darkshelf, leaving Potema and Rumblebelly in their comfortable dens at the homestead.

The team’s journey to Darkshelf passed uneventfully, and they arrived late the previous evening at the Highmoor Inn. In the morning, they met with Lord Neistor and Kwon, a bit surprised to see their favorite pathfinder in town. Neistor and Kwon informed the team that some of the intelligence they had recovered from the Slavers’ Stockade was intentionally false; specifically, the map and location of the Slave Lords’ city of ‘Suderham’ were a complete fabrication. Kwon had backtracked to Fort Garsley where he found a scouting party, presumably sent from the Slave Lords, surveying the damage and situation at the Stockade. He followed the party when they departed, heading north out of the fort for a full day’s travel deeper into the Drakansgreb Mountains, where they left the main road and traveled across the rocky terrain for several hundred yards, before picking up another mountain trail well concealed from the main thoroughfare.

Kwon shadowed the scouting party until they reached the top of the mountain, on the shore of a lake in the crater-summit of an extinct volcano. The summit rose above the ever-present mists of Morytania, and in the setting sun he saw an island at least a mile-and-a-half out from the shore, and the previously ‘missing’ city of Suderham. The scouting party boarded a ferry, and Kwon assessed the security around the boat launches to be excessively tight. He returned to Valenar and his network of professional spies, and sent in one of his best infiltrators, a master of disguise and languages named Selzen Murtano.

In disguise, Selzen bluffed his way onto a boat with minimal effort, and shortly Kwon was receiving reports from the island known as The Aerie. After several weeks of clandestine observation and eavesdropping, Selzen reported rumor of another way onto the island… an ‘escape tunnel’ that emptied out into a complex of gnoll-caves set into the base of the mountain. Kwon then took to searching the mountain base, through cave after den after tunnel after hollow, until he had narrowed it down to a single location with four possible entrances.

With the new intelligence confirmed and a way in, a new contract was agreed upon, with the destruction of the Slave Lords themselves being the ultimate objective. Selzen’s reports of the city were memorized, and Kwon said he would contact them somewhere in ‘Scum Slum’ between the city gates and the docks. The Black Lagoon was moored in the bay, already under contract with Lord Neistor for this mission. The team decided to delay a couple of days, waiting on a DVT shipment of items to arrive.

The Heroes 4 Hire departed for the eight-day sail to Highport. When they arrived, the team purchased horses and departed up the northern road, four-days’ ride to the location of the caves reconnoitered by Kwon. It was late in the day on the Wir, the 11 th of Jo, when the team lashed their horses to a scraggly shell of a dead tree amongst the rocky hills, picked one of the four cave entrances, and began their exploration. The tunnel was natural stone and dirt, and led through several hundred feet of maze-like switchbacks, blind intersections and dead-end spurs before finally dumping out into a large, worked-stone chamber. There they found two 10-foot long, 2-foot wide pieces of nasty-smelling, bark-like rawhides that had deeps gouges on one side with traces of a salt-like, crystalline substance. Diplo tasted it, and discovered it was, in fact, salt. 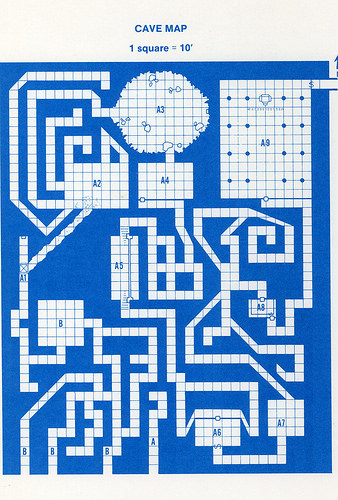 The team departed out the only other opening in the room, a professionally carved stone passage that twisted around several turns before finally heading due north down a long hallway ending in a large door. As the team cautiously approached the door, Illyia discovered a floor-pit trap with the 10-foot pole they kept for just such a purpose. He pushed on it hard enough, and the floor-lid snapped open, revealing a massive, mountain-like salt pile 15-feet below that led into a steeply descending salt-chute to the northeast. The team quickly jumped over the pit only to discover the door at the end of the hall was false, obviously designed to draw intruders across the pit trap.

The Heroes hopped back across and, putting two-and-two together, returned to the big chamber and grabbed the large, rawhide toboggans. They used pitons and ropes to lower themselves gently onto the top of the salt pile, mounted the rawhides four-to-a-toboggan, and one after the other slid down the face of the salt-mountain into the chute. They slid several hundred feet through the chute, illuminated by phosphorescent lichen and mosses covering the rock. The chute dumped them out onto the floor of another large chamber, where they found ten gnolls waiting in a semi-circle in the middle of the room centered on the opening, aiming longbows at them.

The Heroes jumped to their feet as the gnolls launched arrows at them, but managed to take only minor injuries. Half the team closed the distance to melee with the beasts, while the other half stayed back to fire spells and arrows. As resilient and vicious as gnolls can be, the Heroes 4 Hire still dispatched them with relative ease. surprise be damned. They searched the bodies and found a little coin, but also found a scroll case concealing a hand-scribbled map of the room, with an ‘X’ marking one of it’s six exits.

The team followed the exit the map indicated, and it led several hundred more feet through twists and turns before it opened into a massive natural cavern, over 100’ across and 50’ high, filled with stalactites and stalagmites. There, 110’ directly across the cavern, was a large oaken door banded in iron. The party cautiously proceeded across the cavern, but as soon as they were nearly thirty feet in, a pair of Piercers dropped from the ceiling, one hitting Diplo in the shoulder and the other missing everyone completely. The group attacked the two they could see, except Thia who spotted movement on the ceiling among the stalactites, and started firing at anything she saw moving up there.

Illyia and Smedley attempted to join in, firing above once Thia pointed out what to look for. As they killed one and then two, and Diplo, Dajjal, Beeblebrox, Karraway and Ryoun killed the two on the ground, the colony launched a mass attack on the whole party, eleven piercers at once dropping on the Heroes. Ryoun and Dajjal were seriously injured, but the rest managed to avoid getting impaled from above. Dajjal spotted mass movement on the ceiling farther ahead in the cavern, and let loose with a Fireball into the center of the colony. Seventeen more piercers dropped harmlessly from the ceiling in the middle of the cavern, dead from the explosion. Once the remaining monstrosities laying around them were destroyed, the Heroes watched for several minutes to ensure there were no more hiding among the stalactites.

The door across the cavern… also proved to be false. However, from the reverse vantage point in front of the false door, they could now see another tunnel leading out of the massive cavern to the south, conveniently hidden from view elsewhere by a large boulder and stalagmite formation in front of it.

What other dangers await the Heroes as they penetrate the caves? What awaits them on the island known only as, The Aerie? Will they be able to gain the advantage on the Slave Lords, or did someone from the Stockade or the Slave Pits escape and warn them of the strike team’s approach?

Heroes 4 Hire: Reunion Tour We finally got the band back together!!

Thia and Potema: Madcoil !!! A Finger in your Mind's Eye