The Heroes woke up from a night’s rest refreshed, except for Dajjal who spent the night in the jailhouse cell still manacled and ball-gagged like some mistress’s slave-toy. Father Tristan was summoned to the jailhouse and performed a Remove Curse on Dajjal, bringing him out from under the evil relics’ influence. After an extended, and rather heated, discussion about what the relics do and why he had absconded with them, the rest of the team decided to accept Dajjal back into the ranks of the Heroes 4 Hire, even if only probationally.

The party resupplied and headed back up to the ravine to continue exploring the Shrine of Evil Chaos, in an attempt to discover the nature of the Dark Priest’s plans and the location of the missing villagers. They arrived back at the ravine and entered the Shrine, going through the door into the downstairs portion of the complex they had yet to explore. They first came upon a torture chamber manned by two dark acolytes, which were both quickly and quietly dispatched by Illyia and Ryoun. 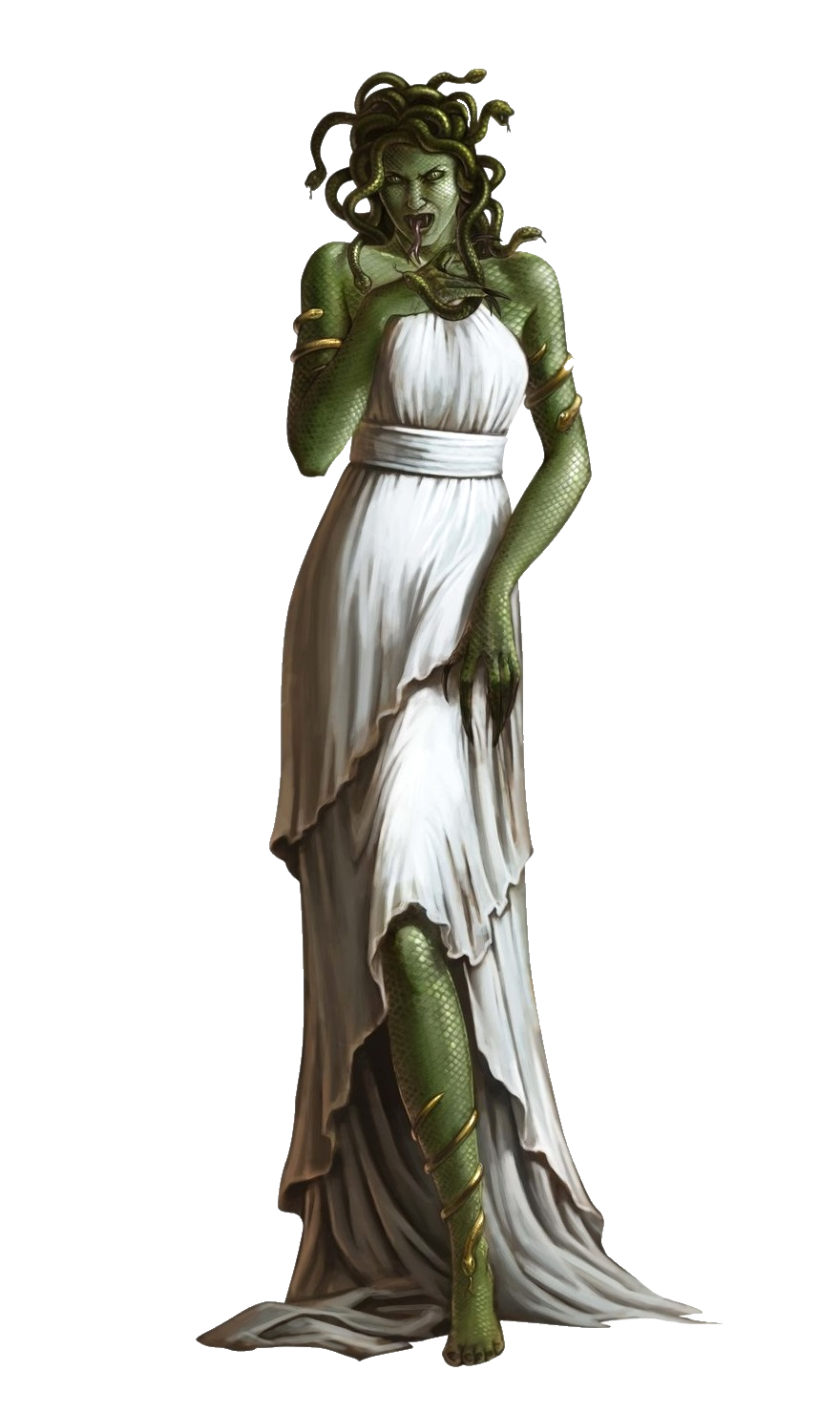 A “VIP Suite” was discovered and searched next, but revealed nothing as to the Dark Priest’s plans. Next, a locked prison cell was found, and a female begged them to release her from the shadowy southernmost corner of the cell. After several attempts to circumvent the lock by everyone else EXCEPT the rogue, Illyia finally arrived with the key to the cell he found on the corpses of the acolyte-torturers. He unlocked the door, and Dajjal rushed in in an effort to win back some of his companions’ favor, only to look at the prisoner and then immediately turn to stone.

The party hesitated no longer and rushed the medusa that had been confined in the cell. She was quickly surrounded, but put up a brutal fight before she was finally destroyed and beheaded. A search of her body produced a vial with a silvery liquid that when applied to Dajjal’s stone form returned him to his former glory. Beeblebrox had also sustained fairly significant injury from the poisonous snake-hair bites, so the Heroes opted to return to Hellespont for a night of relaxing and carousing.

Where are those pesky missing villagers? What is the Dark Priest planning, now that he has fled the Shrine? Who the hell keeps a medusa locked in their basement?