Home at Half Point: Dead by Daylight, Part 2 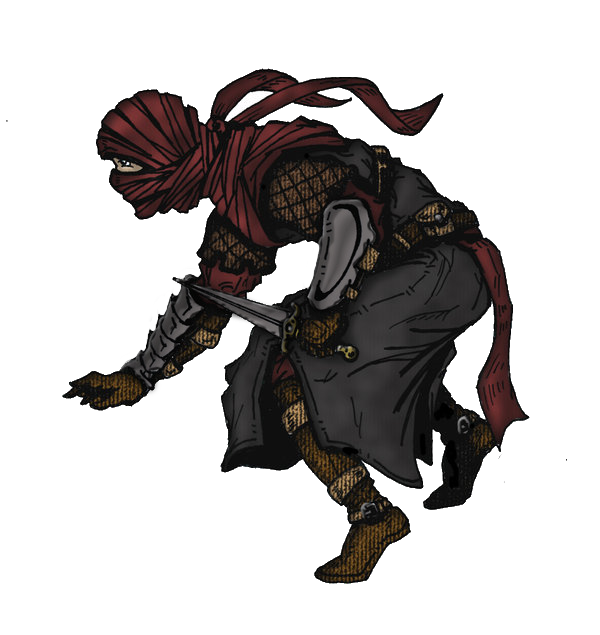 The message sang forth clearly across the Earrings of Communication. “Heroes’ Haven is under attack.”

Smedley “Deadly” Hampton was not yet asleep, and sprang to action in his room at the Onyx Fountain Inn in Anchorhead. He dressed, packed his things, checked out and rode out headed north toward home. Dajjal slept through this initial transmission, but later awoke to others, got the gist of what was happening from Naïlo Thia and then said he would work a teleport to Anchorhead at first opportunity… but he was out of pocket and unable to assist. He then went back to bed.

Alton Beeblebrox, Thia and Thalolan heard the deep-throated howl of Potema in the distance, and knew that a form of cavalry was on the way. Beeblebrox rushed to Illyia Baham’s room, found him unconscious and dying in his bed, and force-fed him a Superior Potion of Healing to revive him from the brink. Illyia recovered quickly and donned his weapons and gear while Thia grabbed armor and weapons from the armory across the training room from Illyia’s hallway. They then tried to contact everyone on the Earrings… Smedley and Dajjal answered immediately, but an eerie silence followed. Illyia sent Nightshade to check on Alyn Quinn, Mahim “Mayhem” Dwalin and the other guild members in the second-floor barracks, and when she reported they all appeared to be alive and asleep in their beds, she also mentioned a yellowish haze filling the upper levels of the building that had the smell of cherry bark and almonds. Illyia said he would get help, and then used his Ring of Dimension Door to teleport to the barracks and start shaking people awake. Once he had roused several of the guild members, he ordered them to get everyone up and ready to fight, send one to open the front door of the Haven for the approaching wolfpack, and then everyone attack the assassins on the third floor balcony.

The team in the basement decided on a plan of action, and proceeded back through the escape tunnels to approach Lt. Diplo Norixius’s room through the secret entrance. A peek through the concealed door sunk their hearts; the huge, blue dragonborn lay sideways across his bed unmoving, his warhammer resting on the floor and still in his hand. The group silently entered through the secret door, but as Thalolan crossed in front of the open door he saw an entire group of the similarly dressed assassins having a hushed discussion out in the balcony hall. The assassins rushed in and the Heroes rushed out, and a melee sprang forth in the doorway where they met. Several of the eight killers hung back in the hall to pepper the Heroes with crossbow bolts. Illyia used his ring again to teleport into Diplo’s room, where in the middle of the fight he rendered aid to Diplo’s unconscious form. Diplo grabbed his Tower Shield to provide some cover from the crossbows outside his door, Thia Wild Shaped into a Winter Wolf, Thalolan Wild Shaped into a Dire Wolf, and Diplo’s room instantly ran out of room due to all the fur, muscle and weapons flying around.

The Heroes rallied with a vengeance, and the tide turned almost instantly against the assassins. They fell one by one, and when the quicker of the guild members joined the fight followed shortly by Potema and a pack of 25 timber wolves, it was over immediately.

The doors to all of the founders’ rooms on the third floor hung open, and a deafening silence echoed forth from beyond them.

A search was organized by the guild members, floor-by-floor and building-by-building while the remaining Heroes 4 Hire searched the other founders’ rooms on the third floor. Calyx Siannodel, Paladin of Belenus… Ryoun Rodri, Eldridge Knight… Karraway, Cleric of Belenus… and lastly, Greves, Sergeant of the Eridani Infantry… lie dead in their beds, murdered in their sleep by poisoned blades.

What will the Heroes 4 Hire do, now that half are dead? Is this the end of Lord Daemonne’s wrath? What is to be their fate?