The Heroes 4 Hire set up camp at the base of the middle of the Three Sisters, prepared dinner, and spent the first night if Midwinter’s Festival in quiet camaraderie huddling around a roaring fire to stave off the frigid northern air. They enjoyed watching the aurora dance across the night sky, issuing in the new year, until they finally set a watch and went to bed. 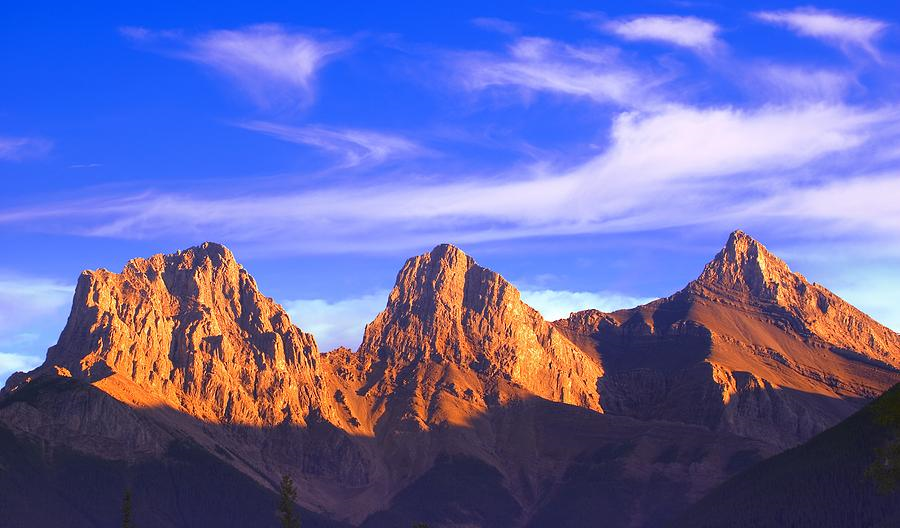 The rising sun rudely awoke the party, covered in a fine layer of the gray ash that dominated the plain around the Three Sisters. They rose, ate and equipped for a day of exploring the Lost Temple of Tharizdun. Lt. Diplo Norixius flew up on his giant eagle to the mountain tops and quickly found the two-stepped ziggurat described in Slaggoth’s journal. He spent some time reconnoitering the structure and its surrounds from the air, seeing no signs of life and relaying his discoveries back to the group via their communications earrings. 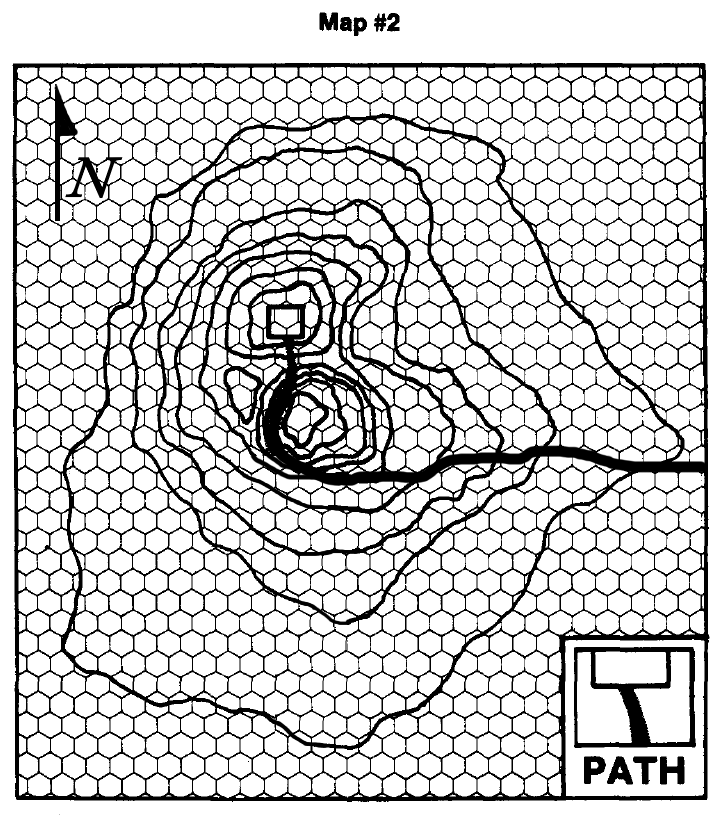 Atop an outcropping just below the peak on the northern side of the third, westernmost Sister, the temple’s exterior was a two-stepped pyramid constructed of basalt, its lower portion carved straight out of the dull, dark stone of the mountain itself. The strange, black building was huge; the upper story was about 80’ square and 40’ high. The lower floor, seeming to grow directly out of the mountain rock, was some 160’ square and likewise 40’ high. A narrow, treacherous trail lead in from the east, across the peaks of the other two Sisters, before hooking around the western Sister’s apex and approaching the structure south-to-north. The track led across a bridge also carved from the same stone and up a steep ramp to the upper story of the place.

Diplo returned to the group at the base camp below, and after a short discussion the team decided the best way to approach the Temple was from the air. Diplo began ferrying his teammates one and two at a time, and after nearly two hours the entire party was assembled at the base of the long slope, ready for action. They proceeded up the ramp, taking note of how well the Temple had held up over the eons of abandonment. The ramp was flanked by low walls at the sides, widening from the 6’ wide bridge at the base to about 16’ wide at the top of the ramp, where they approached a great stone portal into the interior, recessed 20’ back into the sloping surface of the upper level of the ziggurat.

Just inside the notch of the slope and at the top of the ramp, a 3’ high and wide wall of rough stones blocked the way. Some 15’ beyond was the gaping portal of the upper block. They stood there a moment, observing that the low wall was not of the same materials as the rest of the Temple, but instead was constructed from field stones gathered from the mountain surrounds. Standing in the near-noon day sun, they could not see inside the darkened opening to the upper block, and decided to hop across the wall and continue. 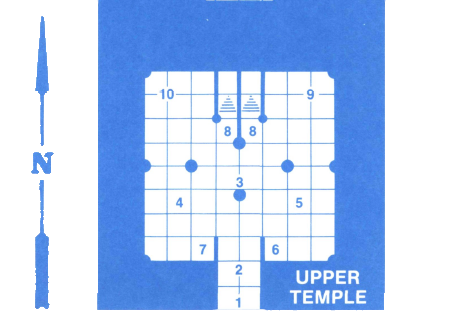 As they crossed the wall, a volley of arrows came flying at them from inside the darkened interior, hitting several. Some of the Heroes 4 Hire rushed into the interior, a few stayed at the wall to use it as cover, and a grand melee quickly developed inside the upper level of the Temple. Those of the party that rushed inside were quickly greeted by a large force of 12 gnolls and 28 Norkers (a distant cousin of goblins adapted to the high rocky existence of the mountains), and the fighting was fierce, albeit brief. Diplo and Illyia Baham were briefly caught under a net and swarmed, Ryoun Rodri used the Sword of Lyons to turn invisible and sneak attacked the enemy repeatedly. Smedley Hampton and Alton Beeblebrox piled into another swarm, while Naïlo Thia used the wall for cover and rained arrows into the fray. Erendriel Thalolan joined Beeblebrox and Smedley, firing up a Moonbeam while Karraway used a combination of Spirit Guardians, Guardian of Faith and Spiritual Weapon to stack up the damage on the groups of enemies.

The engagement was over quickly, leaving the entire initial force on the upper level destroyed, and the party at about half strength. The interior was huge; the entire 80′×80′, 40’ high upper block was one huge room, with columns supporting the massive stone ceiling, and two sets of wide stairs leading down in the back, opposite to the entrance portal. The Heroes 4 Hire took a moment to catch their breath and take it all in, when their ears brought them another sound…

…the sounds of approaching reinforcements, coming up from the stairs below.

What reinforcements will the stairs produce? Will the Heroes 4 Hire have the strength to continue? What does the Dark Priest want with the mysterious Lost Temple of Tharizdun?

Ah, the Lost Temple of Tharizdun. This has always been one of my all-time favorite adventures.