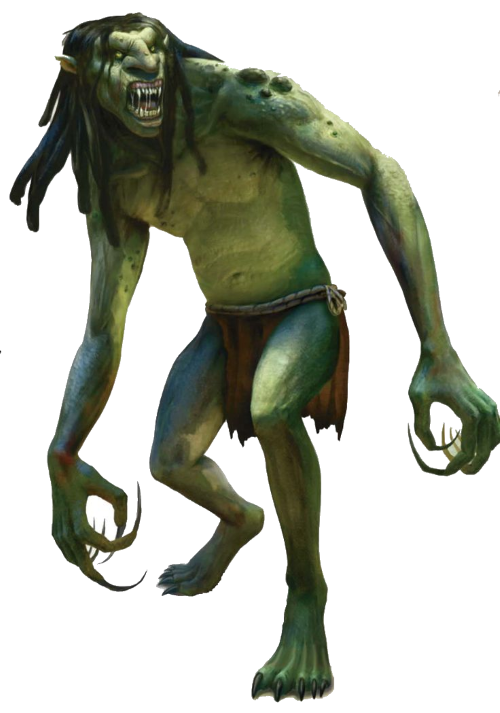 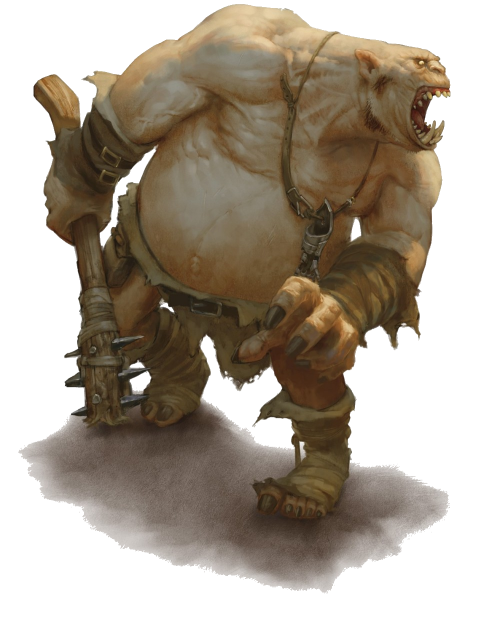 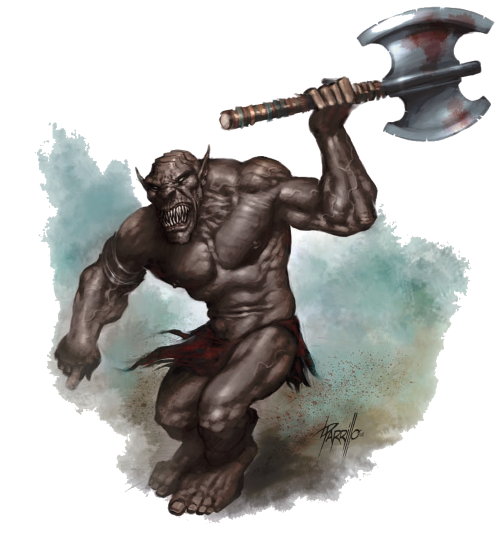 The Heroes 4 Hire reset their positions and waited for whatever reinforcement was coming up the stairs at them. Much to their chagrin, six trolls lumbered up the stairwells next, one of which was exceptionally large. They rushed headlong into a vicious melee, managing to knock Karraway unconscious with a powerful swipe. Lt. Diplo Norixius quickly revived him with an expedient Lay On Hands, while Smedley Hampton, Alton Beeblebrox, Ryoun Rodri, Erendriel Thalolan, Naïlo Thia and Illyia Baham provided covering actions.

The trolls were brutal, but after defeat they were followed by wave after wave of norkers and ogres and gnolls. The Heroes endured the endless onslaught until the room and the stairwells were littered knee deep in corpses. In fact, both stairs were impassable due to the number of large corpses of trolls and ogres clogging them… that is, until something from below starting clearing the way by grabbing the limbs of these large corpses and pulling them with frightening speed out of the passageway. Make that “somethings”, because the clearing action was occurring in both stairwells, and the somethings were BIG.

Once the stairs were cleared, the team witnessed a hill giant, one per side, squeezing their way through the stairwells, having to crawl up the stairs on hands and knees to negotiate the relatively cramped passages. The party engaged them in the face at point blank range, taking advantage of the giants’ restricted movement while in the passageways. Diplo and Ryoun were each grabbed by the giant in front of them and sort of shove-tossed, both landing on their butts about 10’-15’ back. The rest of the group, pairing off equally with the confined giants, poured out so much damage that the hill giants died still in the stairwells, effectively plugging them.

With one of the most intense five-minute battles in their experience behind them, the Heroes 4 Hire took a quick inventory of their health and resources, and decided to take a rest in the now secured upper level of the Forgotten Temple of Tharizdun, before proceeding.

How are the Heroes 4 HIre going to get past the two hill giant corpses blocking the stairwells to the levels below? What horror await them when they do? And have they unwittingly helped the Dark Priest by clearing away the formidable defenses of the Forgotten Temple of Tharizdun?