Secret of the Slavers' Stockade: Markessa, Round Two

"I really hate this bitch."

The Heroes 4 Hire proceeded out into the wide stone hallway with several doors along both sides. They chose the first on the north side, and Illyia Baham listened, looked underneath with his mirror, and then having seen nothing opened it up. Beyond the door the hallway ran parallel to the main hallway back to the east, and turned north about 30 feet down. At that corner, two goblin guards were stationed, saw Illyia, drew their shortbows and fired. One struck him in the chest critically, and the Heroes rushed in to dispatch them immediately.

The team returned to the main hallway and peeked under the remaining doors one by one, finding another dormitory-like hallway, a mess hall, a kitchen, a latrine, and the slave pens themselves. They entered the giant chamber with the rows and rows of barred cells, full of mind-numbed slaves of every race, gender and age, and then proceeded to investigate quietly. Luckily, they spotted the overseer’s office, an elevated ledge where five hobgoblin and two bugbear taskmasters were going about their business. The overseer’s had not detected the party’s approach.

Taking measure of their health, dwindling resources and abilities, the team opted for a long rest. They retreated from the slave pens all the way back into Laboratory, barred and barricaded both sets of doors, set a watch and took some sleep. As they came upon the end of their rest and were preparing to resume their search of the dungeons, they heard hushed goblin-speak coming from outside of both doors. Suspecting their presence and location had finally been determined, the Heroes divided forces between the north and south doors, popped them open and welcomed their guests. 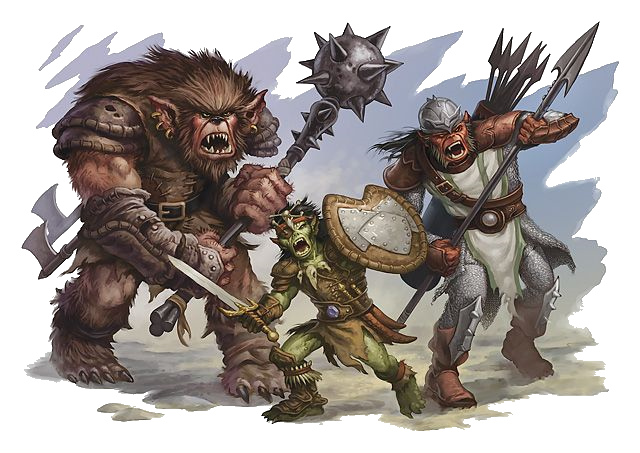 A squad of twelve goblins led by a bugbear sergeant waited outside each door. A short and intense fight developed, but a well-placed Fireball thinned one squad quickly, and the entire team was brought to bear on the other one, making mopping up easy. From there, the party returned to the hallway on the other side of the first northern door, where before the two goblin guards had been encountered. The passageway turned north at the empty guard station, and was lined by six doors, three to a side like a dormitory. They entered the first door on the left and met a hired specialist, an engineer named Carlstar Wiorfether, who was in charge of maintaining, repairing and constructing Fort Garsley’s structures, above and below. After a short conversation, the team decided to make the older gentleman an offer to bring him back to Darkshelf and introduce him to Lord Neistor, with a recommendation for employment at the town and quarry. Mr. Wiorfether gladly accepted, and offered intelligence on the layout and inhabitants of the remaining dungeon chambers. The Heroes thanked him, and then left him there to await their return once they had finished clearing the dungeon.

The party continued down the dormitory, meeting and making the same offer to an alchemist named Fyndax and a scribe/accountant named Kyvin Trist, both of whom also accepted the escape-with-us offer. In the last chamber on the right they found an older, extremely gaunt gentleman over 7’ tall named Blackthorn, the treasurer for the operation and Markessa’s captain of her personal guard. The cordial Blackthorn heard their offer out, and then after some discussion made a counter-offer. Being disgusted with Markessa’s experimentation on the hapless slaves and the abominations she creates, Blackthorn wanted to replace her as head of the operation here under Fort Garsley with someone else. However, her continued profitability with the operation has kept her in the Slave Lords’ good graces, and thus stayed Blackthorn’s hand from making a move against her. But if a group of rabble-rousing outsiders were to storm the keep and kill her, however…

Now finally knowing her name, the Heroes 4 Hire jumped at another chance at the invisible enemy they fought in the laboratory, and agreed to Blackthorn’s proposal. He led them down the main hallway past the slave pens to a corridor off the far end, where he dismissed the two bugbear guards at Markessa’s doorway and returned to his room to await the results, warning them to be wary of Markessa’s trickery. The party burst through the door, finding Markessa at a writing desk working on something, but a fast Hold Person cast from Karraway froze her to her chair. They gagged and manacled her, and then proceeded to search the room where they eventually found two different secret doors and a painting with some variant of the Scrying enchantment on it to observe the room. 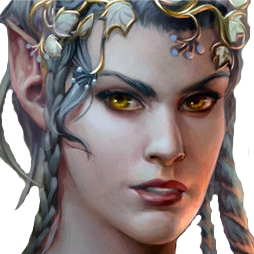 The team decided that the room and this person shackled in the chair was all a ruse, and the real Markessa must lie beyond one of the secret doors. They decided to head through the south one, following down a short, narrow tunnel to where it ended in another secret door. They pushed the second door open, failing to notice a Glyph of Warding, which detonated into a giant ball of electrical shock damaging almost everyone and announcing their approach. They stormed into the bedchamber beyond, seeing an identical Markessa to the captured one in the opposite corner, brandishing a wand and a powder puff. She fired the Wand of Magic Missiles at Lt. Diplo Norixius, and then dabbed the powder puff on herself several times disappearing completely.

The party flooded the room trying to find her, and a secret door swung open in the northwest corner of the room. Alton Beeblebrox was closest and dashed into the doorway, finding a sealed chamber beyond of shelves full of magical, alchemical and herblorist ingredients, equipment and research materials, with a large red pentagram painted on the floor, unlit candles at the five points and a gold amulet laying at the center. Dajjal and Greves entered the room as well as Karraway, while Illyia and Diplo remained in her bedchamber still trying to ascertain her exact position. Greves stepped inside the pentagram; the candles flared to life and he immediately fell asleep. Dajjal and Beeblebrox pulled him from the pentagram by his feet, and then shook him awake.

The four of them in the research room searched and found another secret door in the opposite corner, but determined that she could not have made it across the room and through that one before Beeblebrox should have seen it opening and closing. Karraway posted up on the door, Diplo at the door they came in originally and the rest spread out to search and avoid her propensity for throwing Fireball. A long, tense game of cat-and-mouse ensued, and near the original curtained alcove in the southwest corner of her bedchamber, Markessa fired another round of Magic Missile from her wand at Illyia, dropping him. As the rest of the party responded to the attack and to revive Illyia, Diplo fired a few random shot with his longbow across various angles of the room, and managed to score a lucky hit on the invisible Markessa as she tried to enter the fireplace.

Having revived Illyia, the team started moving toward the fireplace when another secret door, in the interior back of the fireplace itself opened ‘up by itself’, and then a tiny red mote of light sailed out from it into the middle of the room and the party. The Fireball exploded, dropping Beeblebrox and Illyia again, and severely wounding Greves and Karraway. Diplo entered the secret passageway to chase the fleeing footsteps, while the rest of the party revived their fallen comrades and then joined in the chase. The escape passage was extremely low and narrow, giving Diplo trouble trying to catch a lithe, lightly armored elf. The passageway turned 45-right and then came to a Y-intersection, where Diplo (and the rest of party close behind) stopped momentarily to listen to which way the quarry fled. A slight sound of stone slide on stone from the southern branch, and the entire group dashed down that passageway single file.

Diplo, Illyia and Karraway were in the lead of the group as the trap floor fell away under them; Diplo and Illyia managed to grasp an edge by their fingertips, but Karraway fell over 40’ to a rushing underground river below. Beeblebrox, Greves and Dajjal pulled a rope from their kit and threw it to Illyia, who caught it, and acrobatically grabbed, jumped, swung and then Adam-West-Batman-style climbed back to safety. As Karraway swam as hard as he could against the raging current below, they then threw the rope to Diplo, who attempted to catch it but slipped and fell. Diplo impacted the surface of the water as if it were solid stone, then stood up on the surface and grabbed Karraway’s hand to assist him from being pulled into the river’s subterranean tunnel, and probable watery death. The team dropped the rope down to the two of them and got them back up, while Beeblebrox leaped across the open pit and continued pursuing Markessa.

At the end of the escape tunnel, Beeblebrox found a secret door hanging open that exited into a large natural cave-tunnel heading south, and a huge natural cavern to the east. In the cavern he saw a slave merchant caravan of many well-armed Drow and a shipment of slaves, departing from the cavern down a wide, descending tunnel to the southeast. Another, lit, tunnel departed the cavern to the north, looking like it was starting back into professionally worked stone, probably back into the dungeon complex below the fort. With three possible escape routes, one of which filled with some really dangerous looking characters, Beeblebrox decided to break off the pursuit and return to his friends.

The team used Beeblebrox, pitons and the rope to get everyone across the open pit, and he led them down the tunnel and into the natural cavern he had discovered a few minutes before, now empty of the Drow slave caravan. Standing there observing the three options for Markessa’s escape, they discussed what to do next.

Having escaped the Heroes 4 Hire once again, where is Markessa hiding now? Will the Heroes continue to pursue her, or will they give up and call the mission complete? What will become of their agreement with Blackthorn, Markessa’s subversive captain and treasurer?

Secret of the Slaver's Stockade: Markessa's Demise "This is going to take forever to loot."