Secret of the Slavers' Stockade: Storming the Keep 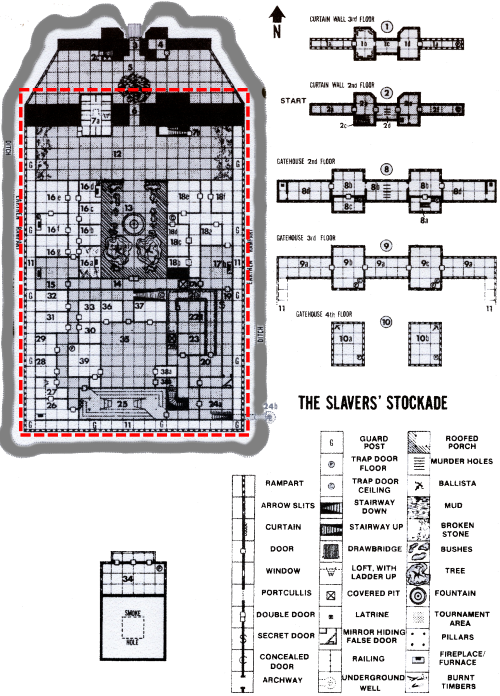 The Heroes 4 Hire finished their short rest in the third floor chamber of the west tower of the guardhouse, having kept watch on the remaining archers on the stockade wall. It was just before daybreak when they divided into two teams to clear the wall. Lt. Diplo Norixius, Greves and Illyia Baham took the east wall; Karraway, Dajjal and Alton Beeblebrox took the west. They gathered up extra shields from the fallen hobgoblin soldiers, each team making themselves into an armored phalanx as best they could, and then braved the hail of arrows as they assaulted down the parapet.

The phalanx tactic worked, but not perfectly. Every member of H4H had an arrow or two sticking out of them when they finally closed the distance to engage the wall’s remaining defenders in melee. The soldiers rushed them with shields and longswords, but the party systematically dispatched them. The team quickly looted the bodies, then circled the wall all the way back to the gatehouse discovering that the towers were the only way on to and off of the stockade wall. They had effectively had the archers trapped on the wall all along. 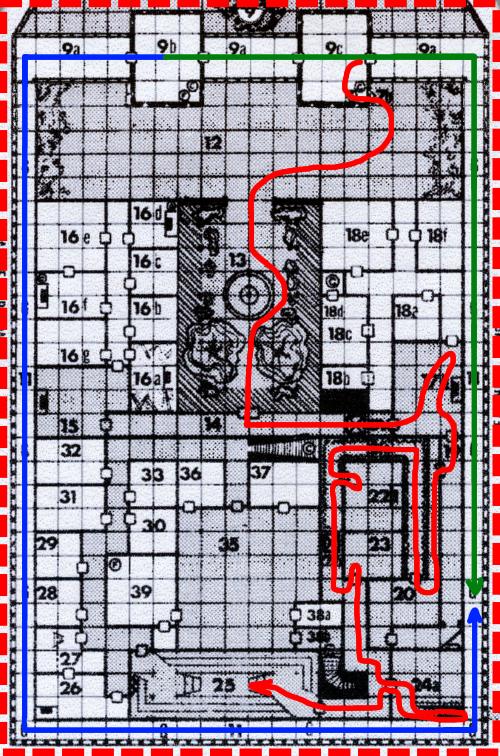 The Heroes crossed the inner courtyard parade grounds and into the small garden entry to the keep itself. As they approached the large double doors, they were attacked by four carnivorous apes that tried to King Kong their skulls, but the party killed them in short order. The doors were then checked for traps, unlocked with the key ring stolen from the blind fort commander in the black plate armor, and the Heroes 4 Hire officially entered the building. They were met by torch-lit stone hallways and modest but serviceable furnishings. They turned left at Karraway’s direction and came to a door, listened and then eased it open.

As the door swung open, a huge grizzly bear standing straight up lurched forward to attack, and Diplo managed to catch it as it pounced down upon the party from its full standing height. He immediately realized the bear was stuffed… a well-taxidermied specimen of a massive bruin, but still as heavy as the live version… and it was all of his strength to catch the toppling trophy and wrestle it back to vertical on its stand, with a little help from Greves. Illyia slipped past them and cut the rope attaching the bear ‘trap’ to the door, and as they righted the bear, they moved it aside. Karraway joined them in the room and they took a cursory look, but then realized that Beeblebrox and Dajjal were missing, last seen bringing up the rear in the hall as Diplo and Greves opened the door.

The four searched the hallway and found nothing of their friends’ disappearance. The moved back into the room and searched, finding a bag of coins hidden under a crate, a locked door in the north wall and a sliver of light protruding from underneath the door in the south wall. Illyia gave the room a through top-to-bottom, and discovered a section of moulding along the wall just inside the entry door that concealed a 7-foot lever, situated so that the stuffed bear and its wheeled stand, resting atop a short ramp inside the door, would hold the lever open. When the bear ‘trap’ was activated, the toppling bear would release the lever. Illyia pulled the lever, and a 10-foot section of the hallway outside rotated, opening a 15-foot deep pit containing the missing Dajjal and Beeblebrox. The team assisted getting the two of them out while Illyia held the lever partly open.

With the party reunited, they investigated the northern door and found it barred from the other side. They opened the southern door and found a long, carpeted hallway with a door at the far end and a large mirror on the west wall about 20’ from them. Karraway remembered from his possession by the Haunt of Sergeant Jon that the mirror on the side wall was actually a secret door, and that the doorway at the far end was another mirror trick, the door actually being around a corner. Just then, that same door opened and three mummies shambled through slowly. The Heroes yelled to them that they were here to recover slaves and destroy the slavers, and the mummies looked at each other and then retreated, moving at a speed and in a manner that was very un-mummy like. The team popped open the secret door-mirror and gave chase down the hallway on the other side.

The three hobgoblin’s disguised as mummies proved quick on their feet. The Heroes ran after them down several turns of the carpeted and tapestried hallway, but could not close the distance. They came to a door ajar and stopped to investigate what turned out to be an abandoned storage room, quickly losing the receding sounds of the fleeing footfalls. They continued down the carpeted hallway and found it continued beyond the end of a set of tapestries, and Diplo managed to step on, but not fall into, a spiky pit trap in the floor. The now open pit was only about 7’ long, so Beeblebrox hopped across it quickly and easily. Diplo was the next to leap across, but somehow collided with something midair as he was landing on the opposite edge and was thrown backwards into the pit like he was clotheslined. He landed with a thud flat on his back and in pain, as he discovered he was impaled on six long rusty spikes.

Beeblebrox turned around and came back to the pit to see what caused Diplo’s calamity, and discovered a taut, camouflaged wire cable strung at 4’ height directly over the edge of the pit. Apparently, the halfling had landed underneath it. Diplo extracted himself from the spikes, and then took a few minutes to pounds the points off all of them with his warhammer… angrily. Illyia leaped across with a tuck-and-roll under the cable, and then used his tools to cut it. Dajjal managed to biff his landing and fall into the pit, bouncing uncomfortably off the now-blunted spikes. The rest crossed uneventfully.

The Heroes 4 Hire continued more cautiously, discovering a storeroom of plentiful and valuable trade goods, which they re-secured and let for later. They proceeded down several more turns of hallways before coming to a large, terraced room recessed down into the foundation, just beyond a large door. An eerie sight lay beyond, dozens upon dozens of slaves, sitting on the terrace steps like bleachers, neck changed to walls but not struggling, looking slack-jawed and staring off into space. The walls were hung with blankets and cloaks on pegs, seemingly for the occupants of the room. The team spread out to investigate, but Illyia, Diplo and Greves became debilitated by an unspecified and unlocated fear as they crossed the center of the room. The other three continued to search, but it was Dajjal who was surprised by a Cloaker hiding in among the traveling cloaks. 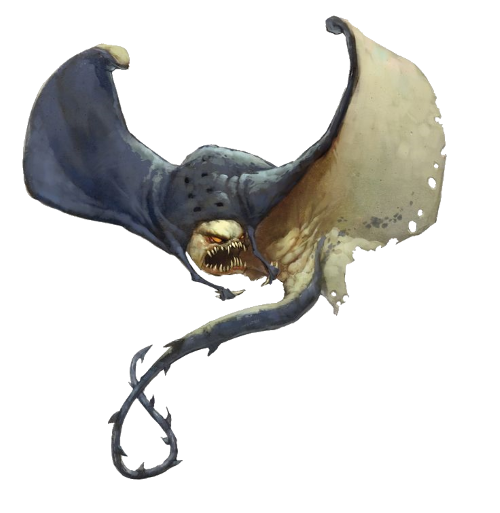 The cloaker bit and wrapped Dajjal with a critical hit, dropping him immediately, then took to the air and projecting three illusory images of itself to confuse targeting. The rest opened up on it with bows and crossbows, scoring a few hits and dispelling one of the illusory clones. The cloaker wrapped Karraway next, and Beeblebrox moved to assist as Diplo shook off the effects of the fear. Beeblebrox peeled the cloaker off of Karraway, the rest continued firing arrows and bolts at the cloaker and its clones, and the slaves continued to sit there oblivious and unfazed to the fight going on around them.

Another illusory clone was dispelled, and the cloaker then wrapped Beeblebrox for helping Karraway. Karraway cast Spare the Dying on Dajjal to stabilize him, the team dispelled the last clone, and Beeblebrox peeled the cloaker off of himself. The last illusory clone was hit, and then the team concentrated fire on the cloaker itself. Beeblebrox delivered the finishing blow, and as the cloaker expired, Greves and Illyia recovered from the fear effects of its subsonic moan. The team then bunkered themselves into the room to take a short rest and recover from the brutal fight.

What other surprises does the keep have in store? Who is running the show? Will the Heroes 4 Hire uncover the next node of the slaver’s network?