A Race with Teeth! 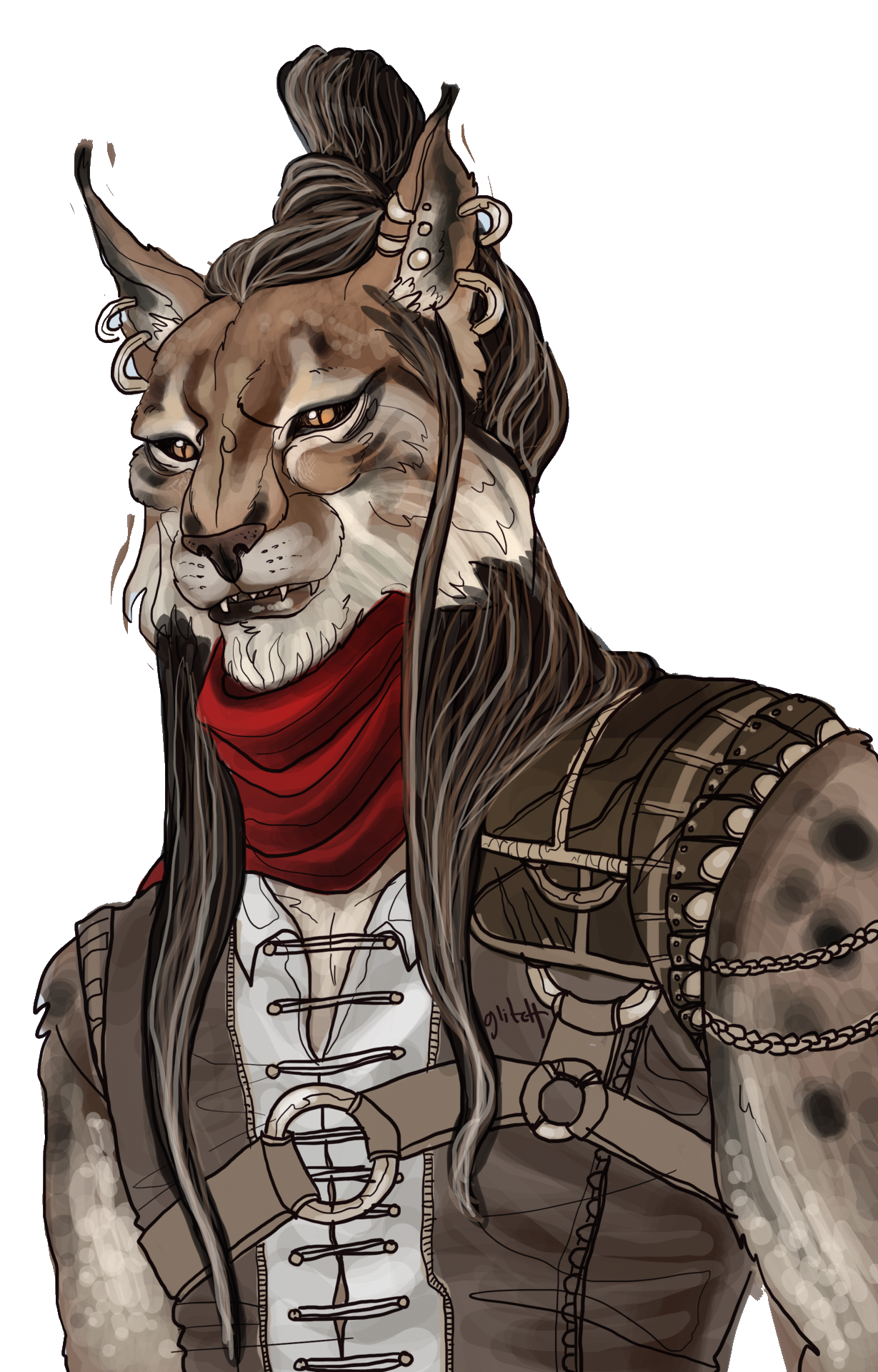 The Heroes 4 Hire awoke the next morning and enjoyed a delicious breakfast with the Rakastas tribe in preparation of the ‘race’ to collect a tiger cub. Ahdani, the tribal leader, informed them that the teams were limited to three (simply because the Rakastas were only sending three), and the Heroes quickly decided that Illyia Baham, Smedley “Deadly” Hampton and Alton Beeblebrox would be their three contestants. Karraway, Alarith Degries and Lt. Diplo Norixius would stay behind in the encampment, with Diplo scouring the Rakastas for any recipes he could learn. Once things were set, the two teams met at the edge of the encampment to start, and the Team observed the three Rakastas had changed from their usual, colorful and flowing silk robes into form fitting leathers, each with a small rucksack secured to their back, and a net rolled up like a bedroll attached underneath. Ahdani noticed the three Heroes did not have any such nets, and bade the Rakastas team to give them their spares.

And with that, the race was begun. The Rakastas team departed southeast, and at an incredible pace. They disappeared into the jungle treeline in moments. Illyia took thirty seconds to cast Longstrider on each of them, boosting their base speed, and the Heroes departed due south, following the directions to the escarpment Ahdani had provided. They traveled south for about half an hour, over the jungle-covered rocks and crags, until they shortly came upon a small river the had cut a narrow, shallow ravine into the earth, running east-west and just wide and deep enough to be an obstacle. As they surveyed the situation, they spotted a well-maintained rope bridge a few hundred yards to their east, and turned to go cross it.

As the reach the far side of the bridge single-file, one of the Rakastas from the other team approached them rapidly from the south out of the jungle, covered in dust and looking panicked. He quickly told them of a natural cave-tunnel they regularly use as a shortcut to bypass a large part of the rocky terrain, and that a portion of the tunnel had caved in on them as they were passing through. He also stated his companions were trapped underneath and he needed help to get them out of danger. The Heroes cautiously agreed.

The Rakastas took off at a blistering pace, and the Heroes sprinted to keep up, slowly losing ground to the speed of the cat-man. The way led down into a natural channel cut out of a bit of rising terrain, the bottom of which led to a cave opening. The Rakastas charged in without hesitation, and other than noting the jungle surroundings and a vine hanging aside the tunnel entrance, the Team charged in after him. The natural tunnel ran more than fifty feet into the hillside before it turned sharply left. It ran another thirty feet or so before they found the Rakastas stopped in front of an unpassable wall of rock. In a panic to get to his friends, he blurted something about reaching them from the other side and they must hurry, before scampering past them again and back out the way they came. The Heroes heeled around to give chase again.

The Team reached the mouth of the tunnel just soon enough to see the Rakastas’ tail disappearing up jungle vine that had been hung beside the entrance. The ran out into the channel approach to the entrance, and discovered a leaf-encrusted net had been strung across the opening, effectively corralling them in the giant ditch until they could scale the sheer thirty-foot walls… which would take time. The Rakastas, and his two friends, were atop the lip of the channel laughing and pointing, their prank successfully executed. The jungle vine had been hauled up out of the channel as well.

Illyia grabbed Beeblebrox and used Dimension Door to teleport to the other side of the net… a move that instantly brought the Rakastas’ laughter to an immediate and screeching halt. They said something in a language the Heroes did not understand… probably a native curse word… and then turned and were off like a shot again heading south toward the tigers. The net-prank took about 5 seconds to get Smedley free of as well, and then the Heroes were off after them and the race back afoot.

Another half hour brought the Team to the edge of the Tar Pits and the escarpment, complete with the signature rocky promontory sticking out of the top. There were roughly twenty dens and warrens gouged out of the base, roughly in a semi-circle on the north side facing the jungle and away from the hot and bubbling tar. The Heroes picked the farthest den to the east, and began a systematic search for a whelping tigress. The search was short lived, discovering the first den empty but the second occupied, and the three began to formulate a quick plan of action to abscond with the tigress’s cub. 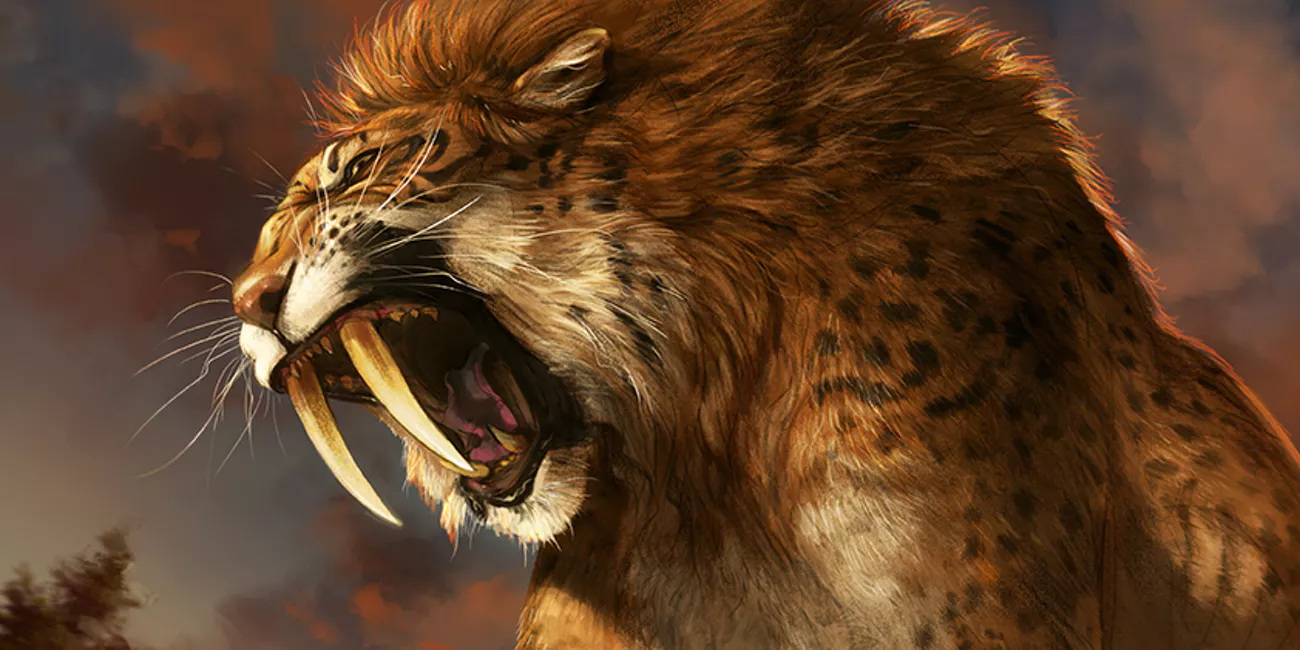 Illyia cast Invisibility on himself and stealthily approached the den, only to be surprised when the slumbering mother roused and started sniffing the air… obviously on to his scent. Realizing he hadn’t thought of that, Illyia quickly recalculated a backup plan, and cast Sleep on the cats, putting the cub to sleep but the mother staying wide awake. And now that he was visible, she charged him, which he attempted to Color Spray her blind. The mother-tiger resisted the spell, and several hundred pounds of pissed-off tiger blitzed toward him.

Alton used the rapier Smedley had given him to cast Haste on himself, and then sprinted in a flash of movement past Illyia and the tiger and grabbed the sleeping cub up off the warren floor. He then heeled around and dashed back out of the den and north toward the jungle. Illyia cast Fog Cloud to obfuscate Alton’s retreat with the abducted cub, and give the tiger another problem. Illyia then threw the net the Rakastas had loaned him blindly in the fog enveloping him, having no idea if it had any effect of the tigress.

Smedley, also aided by a Haste enchantment, as well as Illyia, retreated north into the jungle as fast as they could, performing several careful handoffs of the sleeping cub as they ran from the pursuing mother, giving the entire chase the feeling of a game of rugby. As the Haste wore off and the lethargy overtook them, they were forced to seek refuge up a tall jungle tree, and as the mother-tiger reach the base Alton activated his Winged Boots and flew with Smedley hanging on ahead and out of range of the tiger, and catching up with Illyia and the cub. Once safe from the mother, they ran back to camp where they found, much to their dismay, that one of the Rakastas had already returned with a cub. Another half an hour brought the other two Rakastas home, and with that the race was over and the Heroes had lost.

Diplo spent the rest of the afternoon cooking a feast for the entire tribe as well as the Heroes, in accordance with the gentlemanly wager they had made with the Rakastas. The meal was delicious and the conversation as boisterous. There was dancing and music and revelry, and the party was informed that the net-prank was a ‘rite of initiation’ that the tribe pulled on every young Rakastas when they went on their first cub-gathering, which with such a small tribe did not happen very often. In the same spirit in which the prank had been executed, Illyia brought out his stash of catnip, and much smoking ensued.

What other adventures await the Heroes 4 Hire on the Isle of Dread? What other mysteries will their survey reveal? Where will they choose to explore next?

I never read such a thrilling story in my whole life although it is a fictional story still it is a kind of horror story. It is easy to visit https://awriter.org/academized-com-review/ website for reading authentic reviews online. I am sure I will be frightened at night because the imagination of this story is in my mind.