The Dread Isle: Surveying the Interior

The Heroes 4 Hire departed at dawn with their guide north of the wall and along the trail to the inland tar pits. Two days brought them to the pits, where the guide left them to return to Tanaroa village. They camped the night under a shooting star and then headed east from the pits, across tropical swamps until they reach the foothills of a range of coastal mountains running north and south. There they turned north to continue surveying the interior, following the face of the mountain range.

About midday on their 5th day in the wilderness, the Team happened upon a cave housing a tribe of Lizardfolk, and Smedley “Deadly” Hampton entered to attempt to open a friendly dialogue with them. Instead, the tribe immediately sounded the alarm, grabbed weapons and rushed out to defend their lair. A brutal melee ensued, but the tribe proved no match for the adventurers. After wiping them out to the last, the Heroes looted their cave-home and continued north along the face of the mountains.

The following night was greeted with an Aurora Borealis, and the party continued surveying north-by-northwest until the range turned them west, and several more days travel the foothills turn more and more cave-riddled. A few more days later and the range turned again to the south-west, and the foothills dropped them down into dense jungle. The pace did not slow, however, and over more days of travel they returned to the coastal areas in the extreme south-west they had previously explored just as they observed the Wanderers Gather, and then turned east into new terrain. 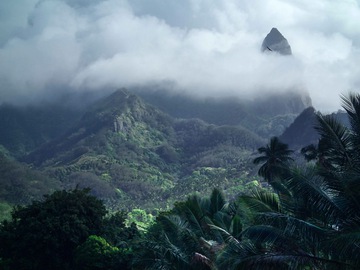 As the party explored eastward, the jungle turned craggy and rough as they approach two volcanoes set about ten miles apart north-south. They continued into the region between them and happened upon a troop of baboons residing in a network of small caves, and decided to leave them well enough alone. They continued east back down into the jungle marshlands, the next day coming across the other end of the Tar Pits and seeing a group of the “Walking Elders” from the Tanaroan village carrying buckets of tar southbound toward the Great Wall.

Farther east they discovered the southern tip of a large lake and turned north-northeast to follow its western shoreline. When they were considering making camp for the evening, they spotted a hunting party of Neanderthals ahead who approached the lake’s edge from the jungle canopy, obviously with the same thing in mind. Illyia Baham approached the cavemen peacefully, made conversation, and found them to be cautious but friendly. The Heroes camped with the Neanderthals for the evening, enjoying pleasant, albeit simple, conversation, and finding out a bevy of information about the residents of the islands interior.

The Neanderthals’ village lie a day’s walk to the north. There are a tribe of flying-squirrel-like creatures known as the Phanatons to the southwest of their village, who are friendly although very skittish, and they live in the trees. There are also a nomadic tribe of cat-people who ride tigers and live in cloth-caves, who are also friendly and like to trade. When asked about the Tanaroans to the south, the Neanderthals did not know who they were, but instead asked if the Heroes were referring to the Mantru, another tribe of men that sounded similar, who lived up on the high central plateau to the north of their village, deep in the mountains of the interior.

The Lizards-that-walk-like-men were their sworn enemy, especially their ‘God’. Also, the Neaderthals described a small group of giant, intelligent spiders that lived across the mountain range to the northeast. The party recognized the description as the ‘Araneas’ they were told of by Yupan of the Hawk in Panitube.

The next morning they bid the Neanderthals farewell as they hefted their game to return to their village, and the Team continued surveying along the water’s edge northeast before turning north again. At dusk that evening, they spotted in the distance a dragon on the horizon to their east, flying from south-to-north, over the mountain ranges. The dragon was too far to discern its color or disposition. On the second day since their meeting, the Heroes found the Neaderthals’ village… cave dwellings decorated with simple cave-paintings on the walls… depicting many ‘historic’ events… including wars with the Lizardfolk and their ‘God’, a great winged beast the Neaderthals simply referred to as ‘The Green One’.

The party also found out there was a trail up through the mountain range to the north, leading to the great central plateau, and ultimately, to the Mantru. The trail ended in a long rope bridge suspended high above a deep river-gorge that crossed to the plateau proper. The Neaderthals’ description seemed fairly easy to find, although they did warn that it was a tough journey of mountaineering and the bridge could be fairly dangerous in a high wind. Inland of the plateau was described as mostly grasslands and some forest, with a large central and ancient volcano. The caldera had partially filled with water, and the village of the Mantru lie on a beach at the water’s edge inside the caldera. 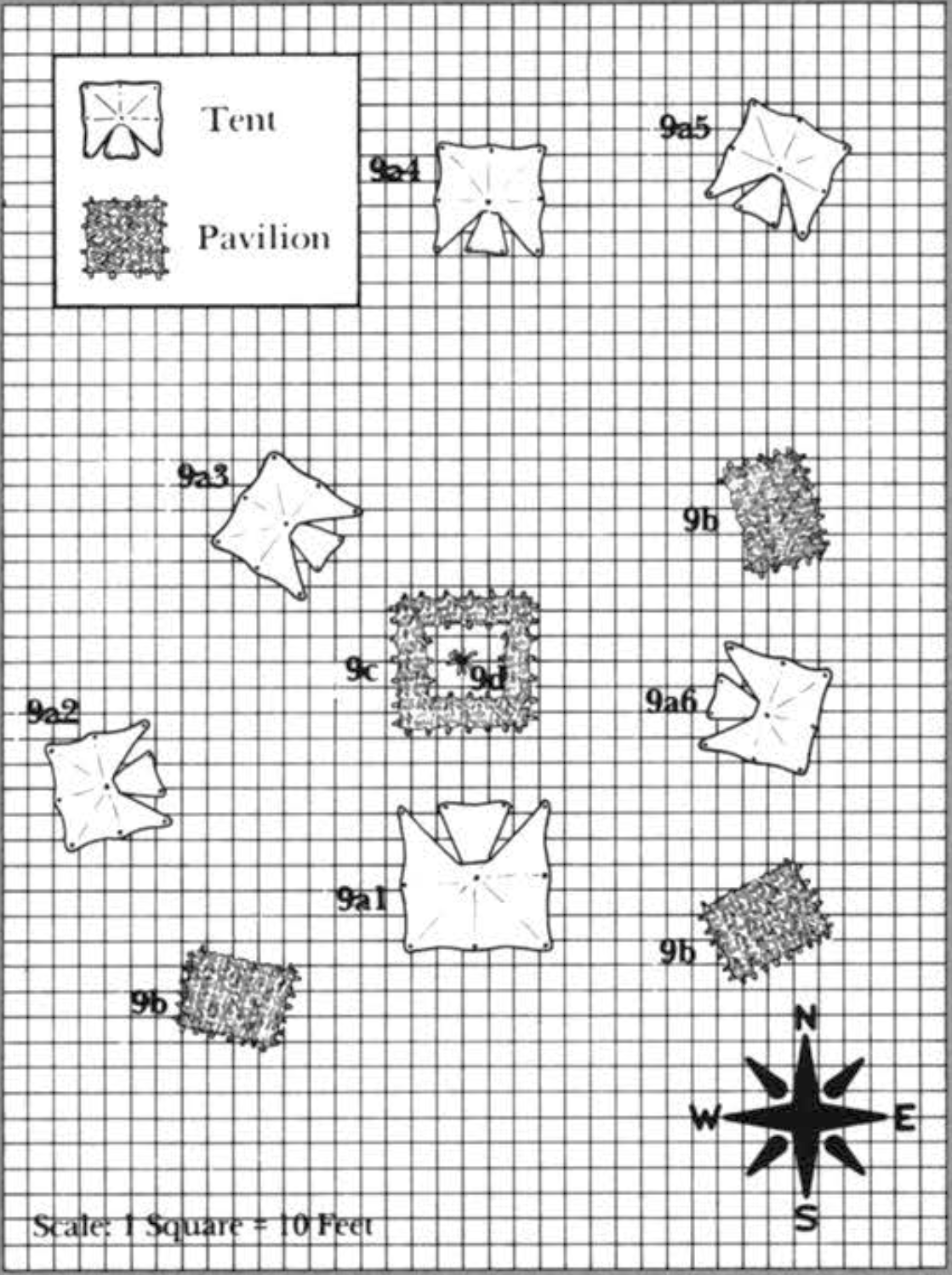 The Heroes departed the next day and continued their survey southwest out of the cave-riddled foothills back into the jungle. They explored a day south-west and then turned two-days east into interior hills, where they came upon the Rakastas encampment… a group of silken tents and deadwood enclosures thatched in palm fronds and leather awnings. They approached cautiously and peacefully, fully aware of the sounds of tigers coming from within the enclosures. The Rakastas were as the Neaderthals describe, bipedal cats dressed in metals, jewels and silken robes. The Rakastas greeted them warmly and invited them into a central pavilion of the same construction as the tiger-enclosures, and they sat on plush cushions perched atop silk-and-fur carpets.

The Heroes found the Rakastas to be friendly, even though a bit odd. They found the Rakastas reputation for barter to hold true. The tones of the conversation quickly become more and more friendly, and the evening ended with an invitation to stay the night… and a challenge to a bit of sport the next day.

The Rakastas highly prized tiger cubs, and they knew of several streaks that had recently whelped nearby. The Rakastas were sending out a party the next morning to collect a cub or two, and the entire endeavor was considered a rite of passage. The challenge that was offered to the Heroes was to participate in the abduction of a tiger cub, without harming the adults, and being the first to return to the encampment. The Rakastas would field a team, and the Heroes would be another team. The Heroes wholeheartedly accepted and gentlemanly wagers were made, before turning in for the evening in the comfortable hospitality of the encampent.

Can the Hereos successfully capture a tiger cub without hurting… or getting hurt by… its mother? Will they return to the Rakastas encampment first to win the challenge? What new adventures will they encounter as they continue their survey of the Isle of Dread?

Return to Eridae: Homecomings "This is the way the world ends... not with a bang, but a whimper." -- T.S. Eliot