"Why is it when I check for traps, they aren't there, but when I don't they are?" -- Illyia Baham

The Heroes 4 Hire awoke, ate breakfast and prepared for their day of exploration. They had decided to enter the last door they had not investigated yet, on the northwest side of the lower lever catwalks in the magma chamber. The three in the alien protective suits, Illyia Baham, Lt. Diplo Norixius and Karraway, crossed with ease and opened the door, but the rest of their party, Alton Beeblebrox, Alarith Degries, Smedley “Deadly” Hampton and Rumblebelly, had to sprint across the distance and suffer some damage from the searing heat. Beyond the door lay a long, natural lava tube, long extinct, twisting and turning as it descended farther and farther into the depths of the earth, beneath the volcanic caldera. Illyia sent Nightshade ahead to reconnoiter, but she reported just more of the same for what could have been a mile or more. Eventually she, shortly followed by the rest of the party, came upon a partial cave in on the tube, closing the passageway off by about ninety percent. 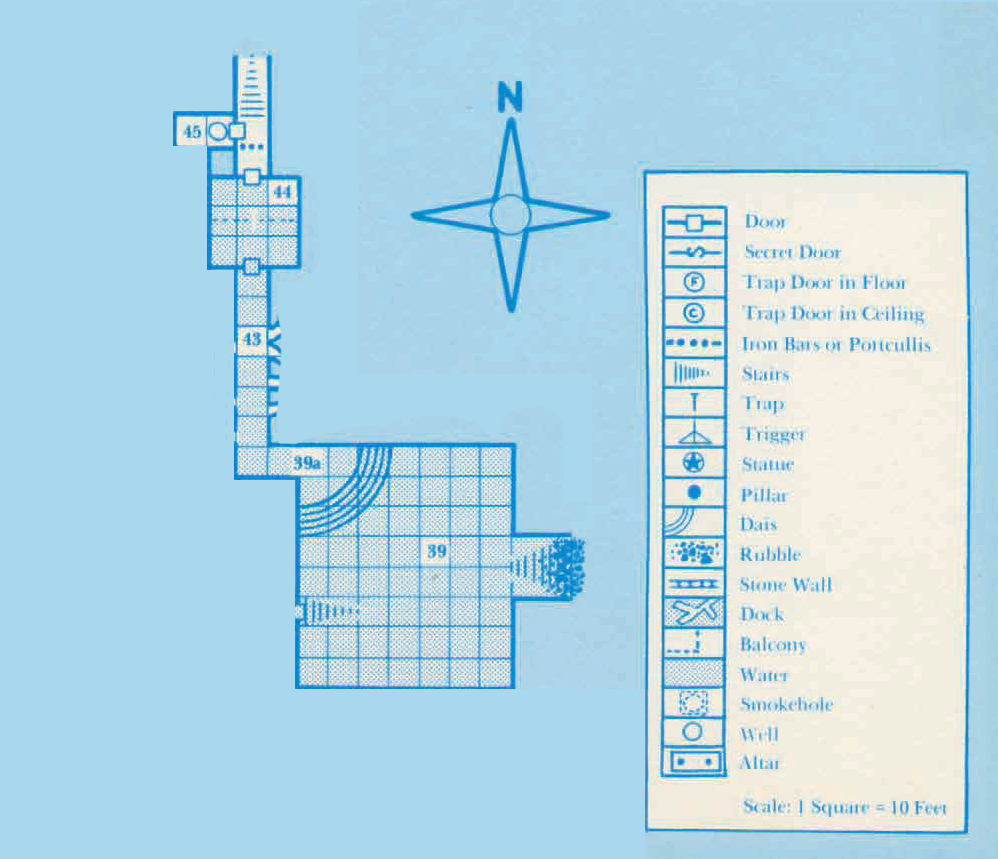 Through the small gap above the cave in, the raven-familiar reported seeing a large chamber beyond mostly filled with water, and that the cave in was acting as something of a dam. Diplo cast Mold Earth and reshaped the top of the cave-in-dam to make enough of a passage so the party members could crawl through one at a time. Beyond the blockage they found a huge room of worked stone at least seventy feet on a side, filled with steaming water up to within five feet of the ceiling. Diplo crouched as his Ring of Water Walking kept him on the surface, but Illyia and Smedley both went to take a step forward, they stumbled, and discovered that the floor of the chamber was not a few feet below the surface of the dark, murky water as they expected. Instead, this entrance was actually several stories off the chamber floor atop a great stone staircase, near the ceiling. Alton activated his Jerkin of Altered States and altered himself into his aquatic adaptation, and dove into the water. The rest launched themselves from the entrance and swam into the chamber as Diplo crouched his way across the top. There was a door visible at the same height as the entrance directly across on the opposite wall, as well as a large hallway departing in the northwestern corner. 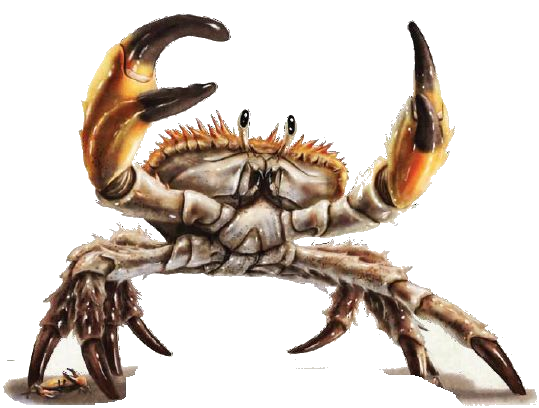 The party’s swimming activity attracted the attention of six Giant Crabs lounging on the chamber bottom that moved up hungrily to attack, but the party quickly dispatched them with little problem. During that brief skirmish, they also spotted a dais-style set of stairs in front of the northwestern hallway exit, and atop that dais a Giant Oyster with its shell-mouth open. Illyia stealthily swam over to it while the rest waited, and he saw a giant pearl tucked down inside the folds of the oysters maw. With the aid of his Mage Hand cantrip, he managed to float an equivalently sized rock in and replace the pearl with it, all without tripping the oyster’s natural anti-theft mechanism. They stowed their stolen pearl, and then proceeded down the flooded hallway beyond, able to touch the floor and wading at waste deep in the near-boiling water. 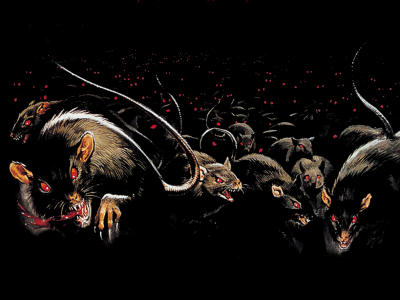 Partly down the long hallway, they heard sound they identified as rodents coming from holes dug in the walls just above the waterline. Their ears proved true as giant rats flooded out of the holes, swarming to attack the Heroes. A brief fight ensued, but Illyia’s Cloud of Daggers shredded the swarm so quickly that the remaining retreated back deep into their holes and did not return. With that they continued north down the hallway until it ended in an archway leading into a 30′×30′ room, also flooded to waist deep and with a swollen door in the opposite wall. They proceeded to wade across the room to the door, but halfway across Illyia and Smedley felt the brush of a tripwire across the ankles, and suddenly a spray of oil spouted from ports in the walls just above the surface. The party reacted instinctually, throwing themselves under the surface of the water just before the spark from the trap hit and the surface erupted into flame. Diplo, still walking on the surface in one of the alien protective suits, merely waited until the flames subsided and his teammates came up for air.

The group ganged up on the door in the northern wall, swollen from decades of water into it’s frame and unbudging. Try as they might, they could not unstick the door, so Illyia cast Knock… blasting the door open into the hallway beyond. The hallway beyond, however, was NOT flooded, and in an instant the four feet of standing water in this room, as well as all the hallways and chambers in the flooded sections prior, rushed out and down the empty hallway taking the entire party off their feet and along with it. Ten feet past the door, the hallway was obstructed with a closed portcullis atop a descending stair, which acted as a sort of strainer… filtering Heroes 4 Hire out of the onrushing torrent of near-scalding water. The Heroes found themselves pinned against the portcullis for several minutes, struggling to keep their breath, until the several millions of gallons had rushed past them and down the stairs.

The party picked themselves up off the floor from in front of the portcullis, dripping and winded, to find a lever protruding from the wall that, when pulled, lifted the portcullis. In the west wall past the portcullis was a door, and beyond that was stairs going down out of sight. Everything was wet. The party decided to go through the door first, which opened easily, but past it the hallway going west was filled with steam like a sauna. They spotted a massive circular hole in the floor of the hallway, just under ten feet in diameter. Steam was boiling up out of the shaft thick and forcefully, giving the entire room the feeling of being in a steam press. The steam vent, while large, however, did not present a problem to passage around it and further down the hallway.

What will the Heroes 4 Hire find as they continue to delve deeper below Taboo Island? Why have they not encountered these little gray men from the alien craft? What fate became of these, ‘Illith’?

The Dread Isle: Descent into the Depths Fears just beneath the surface