Relentless Endurance. When Brubgrok is reduced to 0 hit points but not killed outright, he can drop to 1 hit point instead. This ability can only be used once per encounter.

Savage Attack. When Brubgrok scores a critical hit with a melee weapon attack, he rolls one of the weapon’s damage dice an additional time and adds it to the extra damage of the critical hit.

Darkshelf is a small village with a granite and limestone quarry located half a mile away. The quarry has seen a surge in both worker activity and production. The overlord of Darkshelf, Neistor, was wary of the quarry owner, a dwarf named Bazili Erak. The Heroes 4 Hire were asked to investigate what was happening at the quarry. After finding a way into the quarry – through bluffing, sneaking, and brute force – the characters discovered that Bazili was actually a half-orc named Brubgrok. Instead of mining for rock and minerals, it became clear that Brubgrok was hiding slaves in the bottom levels of the quarry and shipping them via the nearby river. He had conscripted a small army of goblins to aid in this task. Brubgrok’s assistant, Glyrthiel, a spell-casting elf, managed to escape in the fray. They party met Kwon, a monk pretending to be a captured slave that was investigating the harrowing truths of the quarry at Lord Neistors behest. By the end of the adventure, the Heroes became aware of a larger slave-trading network and prepared to continue their adventures in Slave Pits of the Undercity. 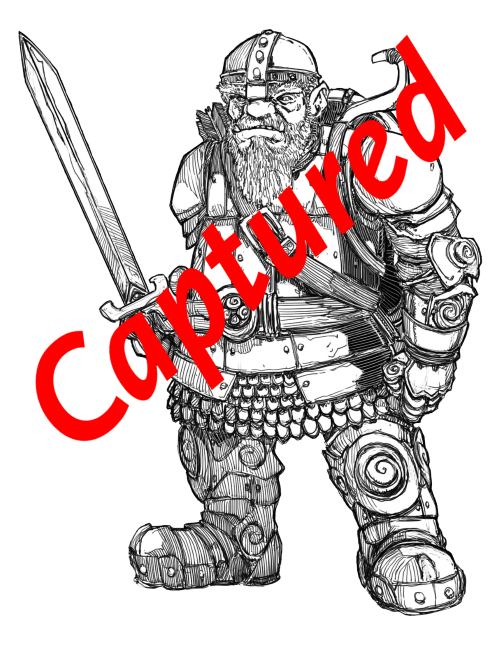