Personality Trait
~ If you do me injury, I will crush you, ruin your name, and salt your fields.
~ Sarcasm and insults are my weapons of choice.

Ideal
~ INDEPENDENCE. I must prove that I can handle myself without the coddling of my family.

Bond
~ I will face any challenge to win the approval of my family.

Flaw
~ I too often hear veiled insults and threats in every word and quick to anger.

Background: Noble
Krinae Nilok was always a mischievous child. He would sneak around his large county creating misconduct wherever he went. He always heard snickers and whispers from the other elves when his name was mentioned; he never understood why, but he grew up with that weight on his heart. His rabblerousing nature grew with him until his family had finally had enough. After long arguments and all of the years of slighted words against him, Nilok left his Elvish nobility.

Krinae Nilok soon found his skills in mischief and larceny were well suited in the town of Southpaw, and he easily found work. He eventually ran into the Suippes and they saw his skills and talent in the crime world to be of high value. They eventually added him to their ranks. He fit in well with the underside of the streets; he carried out many, varying jobs, from assassinations to heists to pickpocketing. He would spend his after hours drinking with his fellow street rats and killers. To him they were all equals, despite his noble, pure blooded heritage. He fit in with the unlawful, and found a calling stealing and scamming the naïve, until he found himself in the small village of Hellespont. 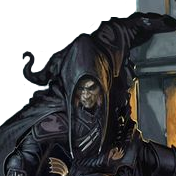