Personality Trait
~ My friends know they can rely on me no matter what.
~ I enjoy sailing into new ports and making new friends over a flagon of ale.

Ideal
~ FREEDOM. The sea is freedom – the freedom to go anywhere and do anything.

Bond
~ I’m loyal to my captain first, everything else second.

Flaw
~ Once someone questions my courage, I never back down no matter how dangerous the situation.

Background: Sailor
When Ryoun was young, he loved the freedom of the sea. It didn’t matter if it was as a pirate or as a sailor, he wanted more than anything else to go to sea. Seeing this, Ryoun’s grandfather, Admiral Rodri, wanted make him the best possible sailor. Since Admiral Rodri wanted the best, he trained Ryoun in swordplay and fighting, taught him navigation and the piloting of all sort of watercraft.

One day while Ryoun was helping around the local tavern to raise money to leave town, a band of pirates came to Ryoun’s home port and village. The captain was a famous up-and-coming pirate named Shasu. As Ryoun cleaned tables, he overheard the pirates’ stories and was amazed at the freedom of life as an easy-going pirate. He always loved the idea of freedom, and he wanted nothing else.

One afternoon, a group of raiders came to town and began plundering the citizenry. Only 12 years old, Ryoun fought the bandits in an effort to protect his village. Impressed with Ryoun’s last effort to win the fight, Captain Shasu and his crew stepped in and killed the bandits, saving Ryoun and his hometown of Whiskey Island.

When Captain Shasu set sail, he left this red sash with Ryoun, which he still wears today. Six years later, an 18-year old Ryoun left his village to become a free pirate; he wanted and endless adventure. After sailing by himself, he wandered all the way to Hellespont with a broken ship and limited supplies. 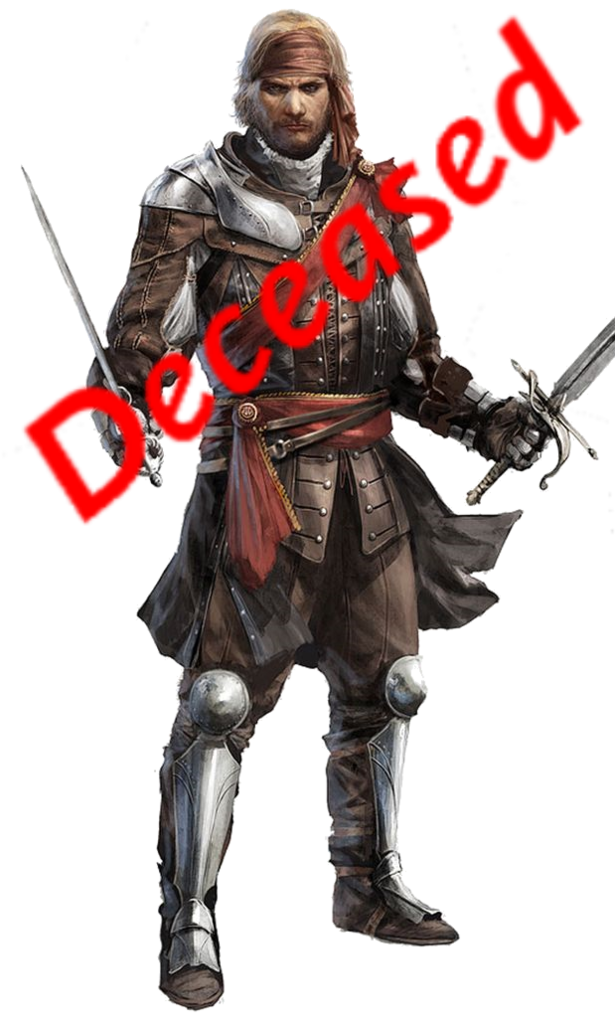