This staff can be wielded as a magic quarterstaff that grants a +2 bonus to attack and damage rolls made with it. While holding it, you gain a +2 bonus to Armor Class saving throws, and spell attack rolls.
The staff has 20 charges for the following properties. The staff regains 2d8 + 4 expended charges daily at dawn. If you expend the last charge, roll a d20. On a 1, the staff retains its +2 bonus to attack and damage roll but loses all other properties. On a 20, the staff regain 1d8 + 2 charges.

Power Strike. When you hit with a melee attack using the staff, you can expend 1 charge to deal an extra 1d6 force damage to the target.

Retributive Strike. You can use an action to break the staff over your knee or against a solid surface, performing a retributive strike. The staff is destroyed and releases its remaining magic in an explosion that expands to fill a 30-foot-radius sphere centered on it.
You have a 50 percent chance to instantly travel to a random plane of existence, avoiding the explosion. If you fail to avoid the effect, you take force damage equal to 16 x the number of charge in the staff. Every other creature in the area must make a DC 17 Dexterity saving throw. On a failed save, a creature rake an amount of damage based on how far away it is from the point of origin, as shown in the following table. On a successful save, a creature takes half as much damage. 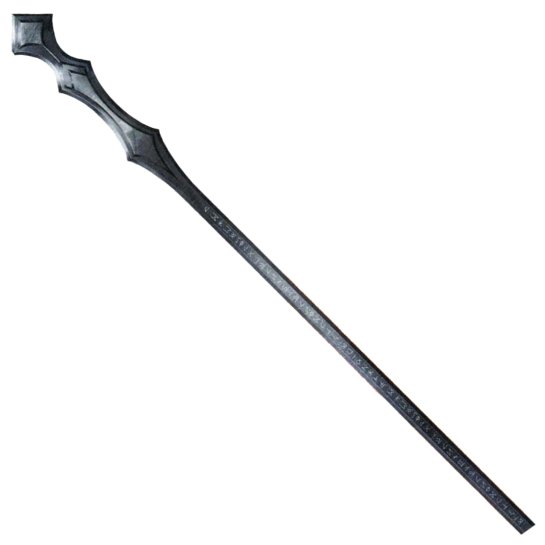