Autera is very sparsely populated, with inhabitants concentrated into only two city-states. The continent is divided into four geographic regions, with no nation-states in existence. The uninhabited areas are rumored to be ripe for exploration, dotted with many ruins and other such sites of bygone cultures, belying ancient activities lost to antiquity. 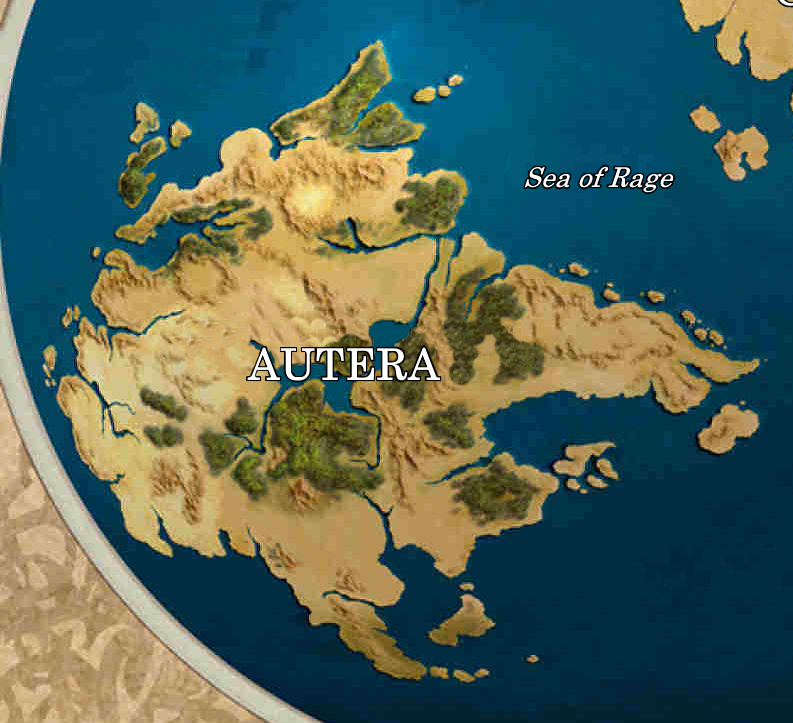