The Oligarchy of Bracania is located in the northeastern portion of the continent of Caledonia, adjacent to the Republic of Eridae. The southern border with Eridae is defined by a treatied demarcation line between their respective territorial waters in the Dormic Ocean. On the west, Bracania borders with the mountainous fjord-country of Etra. The northern, eastern and southern edges of Bracania are all coastline.

Bracania is a feudal kingdom consisting of an aristocracy of provincial overlords serving under an elected monarch, presently a ‘Queen’ (titular only). Each provincial lord or lady is responsible for the administration of law and maintenance of order, the collection and submission of taxes, duties and tariffs, the execution of the budget and command of local constabulary and military forces for the defense of their province and the country as a whole. Each overlord reports directly to the Queen and acts with her authority. The Queen appoints overlords, and is the sole discretion for their removal.

Similar to its coastal neighbors, Bracania is a largely maritime nation that trades heavily worldwide. Its navy is small but competent, but its merchant fleet is on par with its trading partners and neighbors. Its land-based military is professional and competent, with the majority of its forces dispersed around the country in regional garrisons. Agriculture is primary staple of the Bracanian economy, with over-sea trade being a strong source of revenue. Local production of the various salable goods is on par worldwide as are services, and Bracania is in a enjoying a current economic boom. 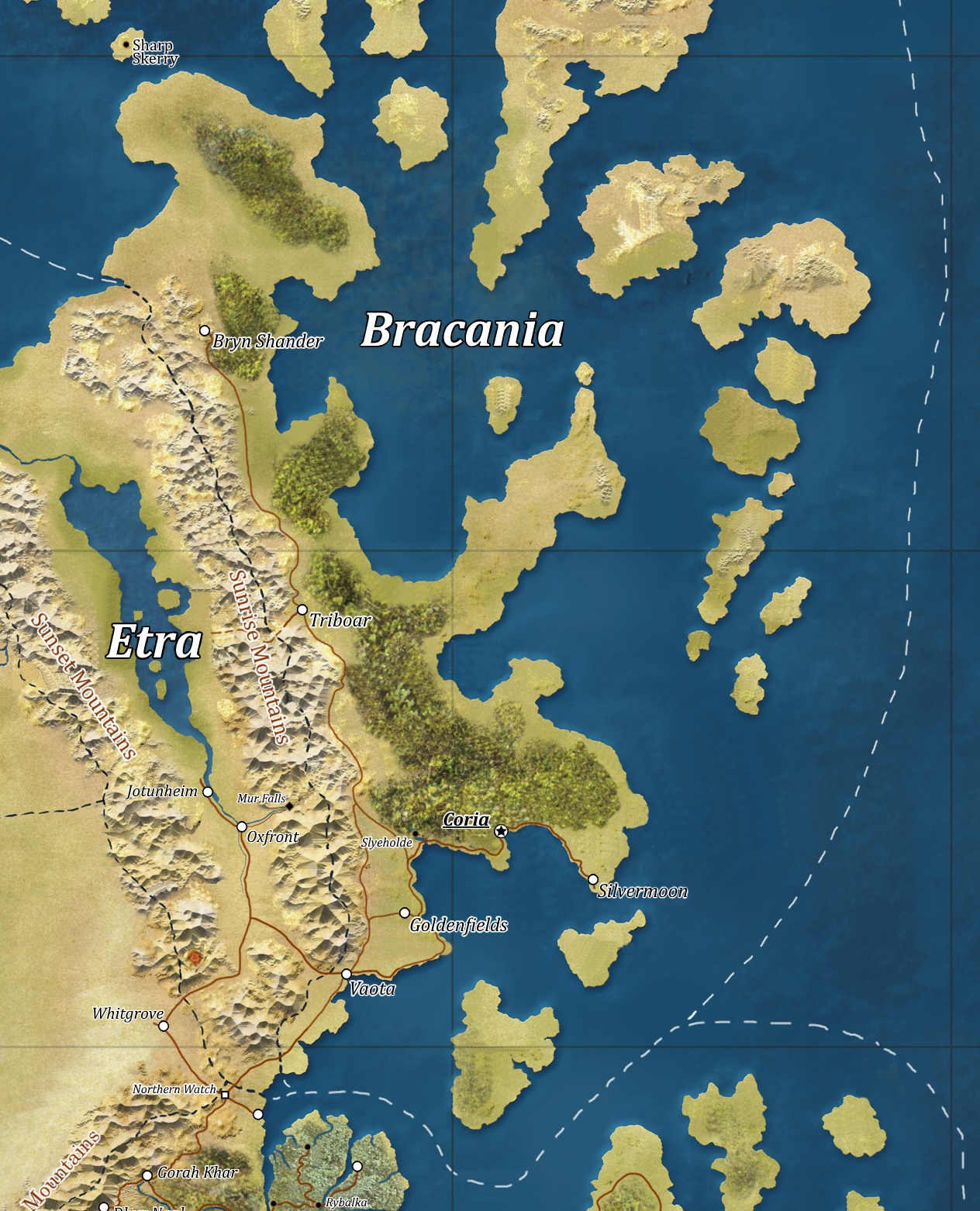