Calea is approximately 1500 miles wide and 3200 miles long, and stretches from the equator north nearly to the polar ice cap. The terrain of Calea varies as widely as its lands stretch. A mountainous region inhabits the southern end of the continent, as well a small patch of rocky desert. Temperate forests and plentiful farmland abound in the east, and a vast grassland plain stretches through the middle continent and central lakes region to another range of mountains in the north. Beyond the northern mountains lies a large region of tundra, with arctic climate to match.

Calea is divided into 4 nations, and borders closely align to the regions of terrain. Population is widespread across the more temperate regions of Calea, congregating in all sizes of civilization from small villages to large cities. 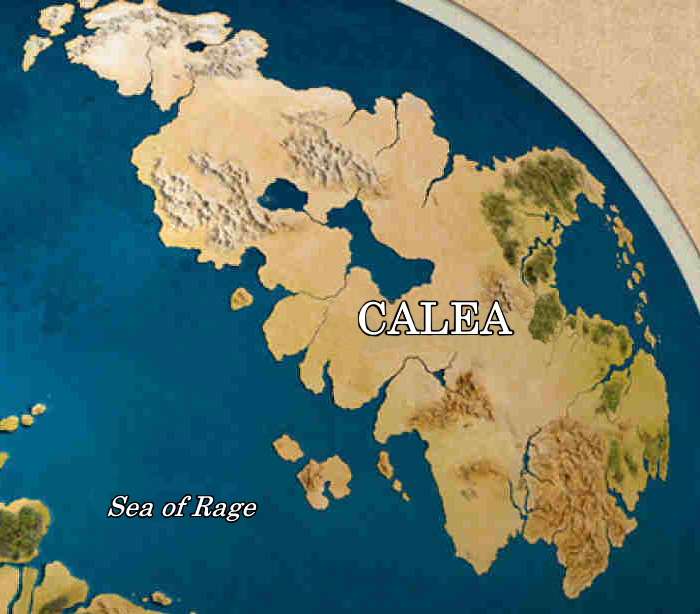