Caledonia is the main (initial) setting for our campaign. Caledonia is the second largest continent in land area, but is home to the majority of the population of Free Peoples on Gaelea. The continent is approximately 3000 miles east to west and 2000 miles north to south (roughly North America). Rivers and interior lakes abound, some of enough size to be considered an inland sea. Caledonia hosts huge forests and vast grassland plains, interrupted by several jagged mountain ranges as well as many lines of rolling hills. Three major wetland swamps are present, the largest located in the west, the second in the east and the smallest in the south.

Two sets of badlands exist on Caledonia. In the extreme northwest is a complex of “Grand Canyon”-sized canyons. In the center of the continent, and nearly bisecting it north-to-south, is a barren, rocky land that is eternally covered by an inexplicable mist that obscures vision beyond approximately half a mile. Caledonia is host to 14 nations; however, both badlands are unclaimed and reportedly ungoverned. 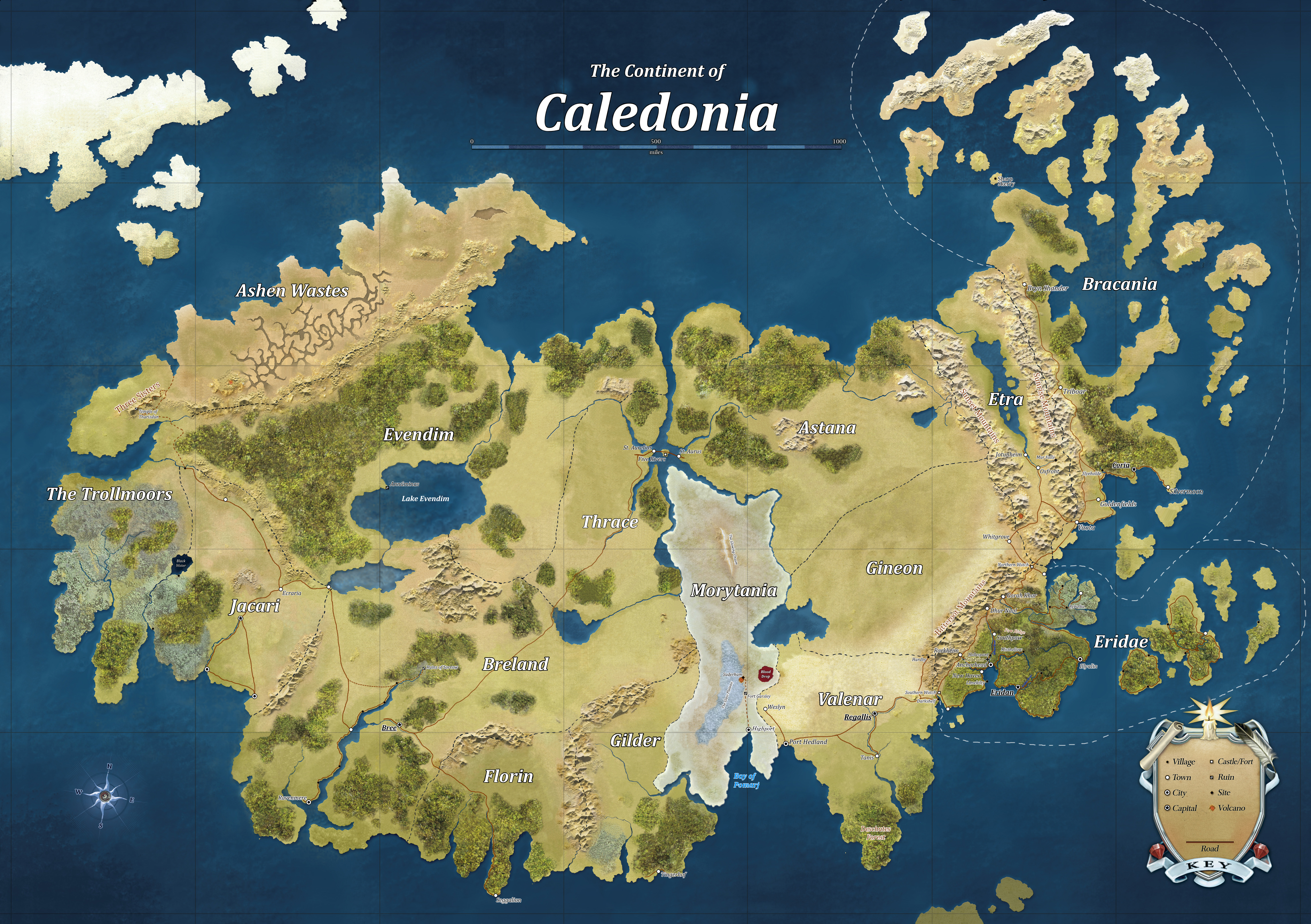