Cambria, Gaelea’s largest continent, is approximately 4000 miles east-to-west and 3000 miles north-to-south, and sports some of the most rugged and varied terrain and climates possible. The northeastern third of the continent is covered in vast forests, varying from jungle and marsh in the northern peninsula to temperate rain forest in the eastern regions. The western third of the continent is a high, sandy desert bordered by large rocky mountain ranges. The southern half of the continent is extremely mountainous, with some of the highest summits on the planet, and continues southward onto two antarctic peninsulas consisting of frozen tundra and glacial peaks.

Cambria is sparsely populated, and the continent’s extreme terrain and five active volcanoes influenced the few population centers to develop in the woodland regions of the north and east. The inhabitants are concentrated into just a few villages, one major town and one city. 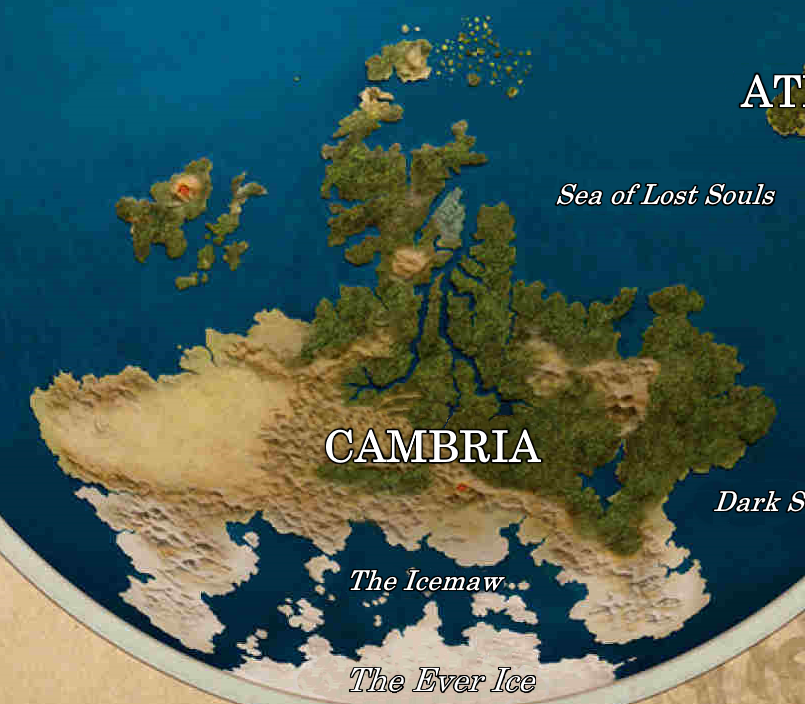