Eridae is the initial campaign setting for the adventuring company known as Heroes 4 Hire.

The Republic of Eridae is located on a peninsula and associated islands on the extreme eastern end of Caledonia. The western border with the Kingdom of Valenar and Gineon is defined by the Pelyra River and the Bitteroot Mountains. The remaining three borders of Eridani territory is coastal and island waters.

The nation of Eridae is unique in the world of Gaelea. Eridae is a constitutional republic, and the first of its kind in history. Eridae is a largely maritime nation of plentiful coastline and bountiful islands. It’s culture is the most racially integrated and diverse on the planet. It enjoys a booming economy, plentiful natural resources, a powerful military and a world-class navy. It has a growing population and frequent immigration, which both contribute to its rising population density and expanding tax base. Eridae trades heavily world-wide, and is widely considered the hub of commerce on Gaelea.

The biggest reason for Eridae’s prosperity is good, wise governance and a long-term view for the future. The Eridani Government has focused on several linchpin investments in developing key strategic assets. The first of these is its support to the continued development of both divine and arcane magics through the creation of the Forum Arcanus. Part educational university, part research and development facility and part ethical regulatory commission, the Forum Arcanus provides Eridae with new magics, new methods and uses of magics, and policy guidance against the misuse of such powers. Eridae’s second strategic asset is it shipbuilding capabilities provided by it numerous shipyards in its many coastal cities and towns, the largest of which is the Anchorhead Shipyards. These facilities all have sizeable garrisons of troops collocated in the same township. The third strategic asset is the Eridani Military Academy at Black Cliff Keep, located in Illyalin. The Military Academy is the result of Eridae taking a systemic view of the ideas of military leadership, and regularly produces new cadres of professional, competent officers proficient in the art of war and philosophies of leadership. 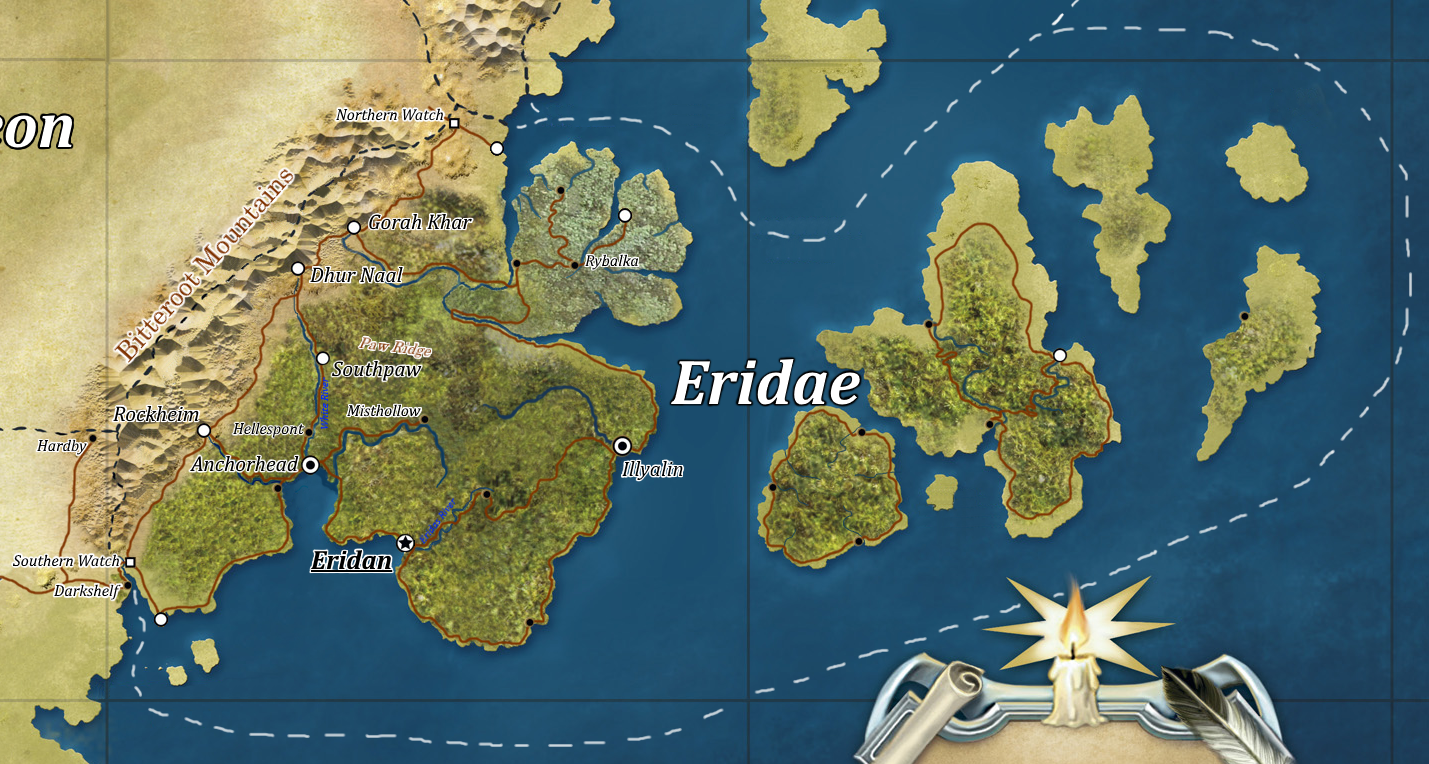