The Confederation of Etra

The Confederation of Etra is located in the southeastern portion of the continent of Caledonia, sandwiched between Bracania, Astana and Gineon. The eastern border with Bracania is defined by the Sunrise Mountains and the western borders with Astana and Gineon by the Sunset Mountains. In the southwest, Etra shares a small border with the Republic of Eridae, as well as a tiny bit of coastline. The northern edge of Etra is all coastline.

The long, north-south running central valley tucked between the mountain ranges features a large central lake, that flows down a river northward to the Barren Sea, This feature provides fertile farmlands as well as plentiful port opportunities within the nation’s interior.

Etra is a confederation of provincial villages and townships, constituting a council of tribal elders and equals that gather regularly to mutually discuss and agree on subjects of mutual importance, such as territorial defense, diplomacy. Each village elder is responsible for the administration of law and maintenance of order and command of local constabulary and military forces for the defense of their province and the realm as a whole. Each elder is chosen from the citizens of their home village.

To a lesser degree than its coastal neighbors, Etra enjoys a strong maritime trade presence. Its navy is small, and confined to the interior lake and coastal waters. Its land-based military is comprised completely of regional militias, capable of rapid response to any threat in the region. 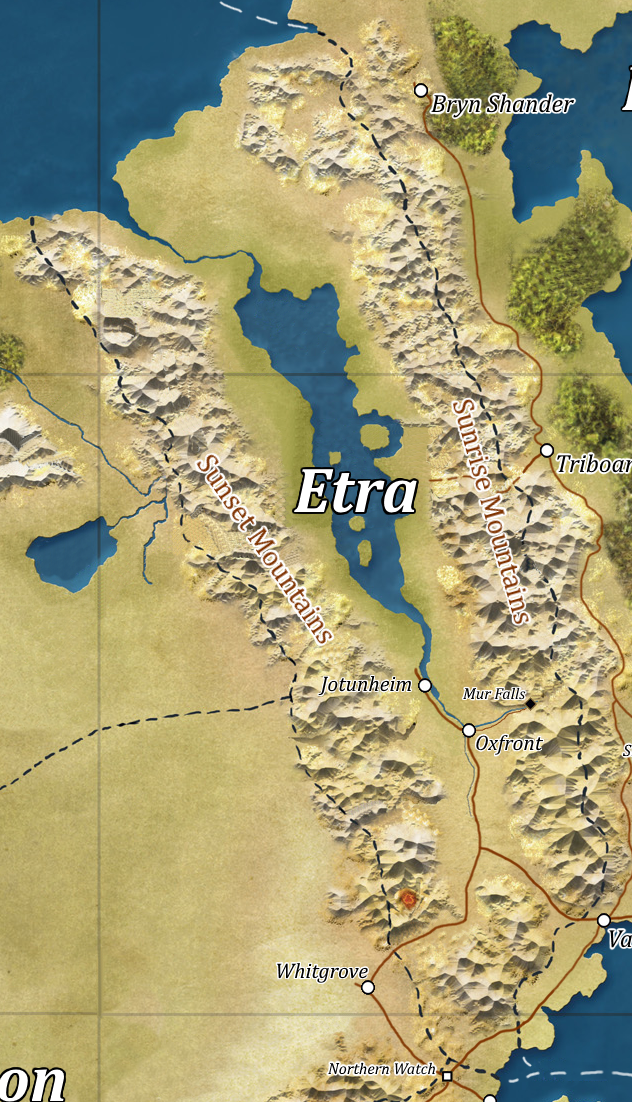