Once a secure fortification serving as a waystation along the major interior highway through the Drakansgreb Mountains in the heart of Morytania, the remains of the fallen fort have been commandeered by a network of slavers as an intermediate transfer point for their caravans trafficking slaves.

The stone fortress once consisted of a single-story main keep, a large, portcullised gatehouse wall, and a smaller, outer curtain wall with both a portcullis and a drawbridge to span the large ditch surrounding the fort. The keep was surrounded by massive stone walls atop earthen ramparts, which connected the curtain wall and the gatehouse wall. At some point in history, the fort was besieged, the stone walls breached and the keep sacked. The curtain and gate house walls and their associated towers were left intact, and the keep only sustained minor damage as the fort fell. The protective stone walls were completely destroyed, still left rubbled atop the massive earthen ramparts.

The new tenants, accompanied of a small army of mercenary goblinoids and other thugs, have since replaced the destroyed perimeter wall with a wooden stockade set atop the earthen ramparts just outside the rubble of the previous stones. Repairs have been made to the main keep, and a small, balconied barracks has been added as a second-story in the center made of timber and plaster. The fort’s defenders are professional, organized, disciplined and well-resourced. 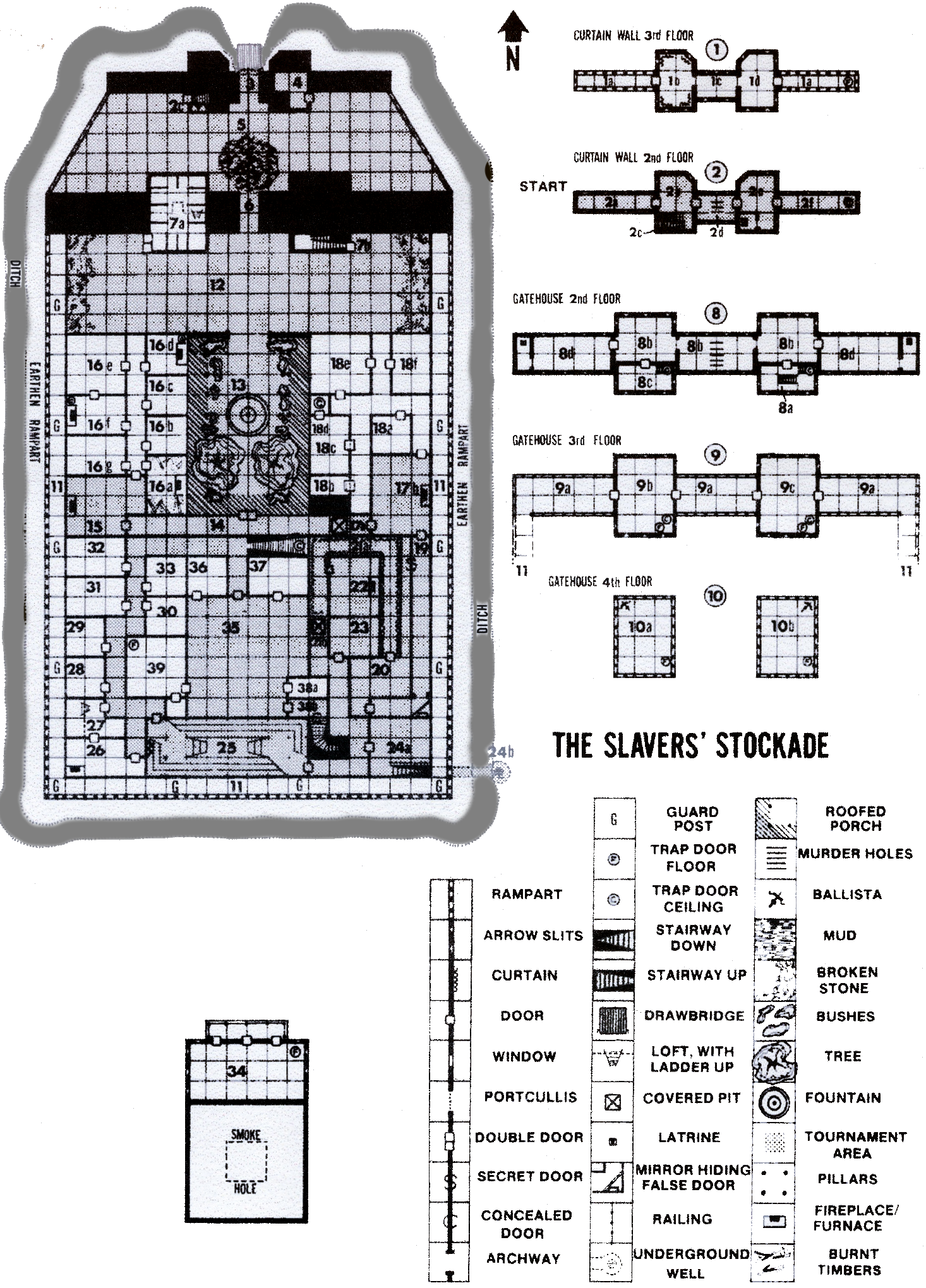