An overnight waystation along The White River on the road between Anchorhead and Hellespont, the establishment boasts a large, thriving inn, and guild hall for member-adventurers, a well-stocked trading post with DVT representation, a forge, a dock and stables.

Half Point was entitled to the ten founding members of Heroes 4 Hire Adventuring Company as a joint endeavor by the governments of Eridae and Valenar for their actions in destroying the slaving network and recovering a relative of both heads of state. Construction took just over four months, and the custom-designed facilities were built to the Company’s specifications. Overall architecture is stone accented with timber and stucco, with considerable underground facilities as well. 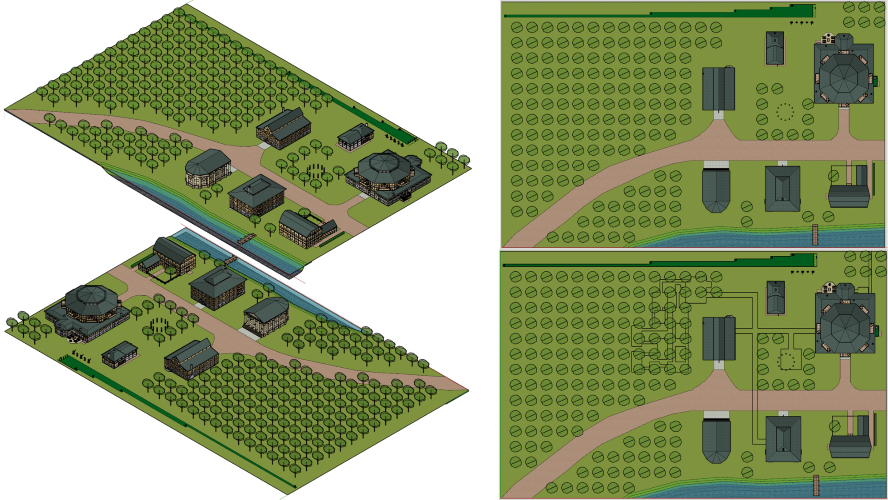