The group of slavers operating out of Highport have commandeered the ruins of a large temple compound. Although the interior appears to be gutted and burnt, the walls and some attached outbuildings still appear to be solid and habitable. The walls are constructed of large blocks of stone, closely fitted together. The temple itself is located on the edge of the city and most of the buildings around it have been destroyed. There is little traffic about and those passersby are not paid any attention by the patrolling guards on the roof.

There are two main types of construction in the temple compound. In the outbuildings, the rooms and passages that are still intact show signs of a great fire at some time in the past. The walls originally beamed and plastered are now scorched and sooty. Small burnt sections show the beams and stone behind them. The walls are 10’ high and large sections of plaster have fallen from the ceiling, sometimes showing the sky above. None of these openings are big enough for even a gnome to fit through.

The other major section is the temple proper. This large three story structure was originally built of stone blocks with an arched ceiling. The fire has gutted and ruined the upper floors of the structure, so that it is nothing but a hollow shell. The original roof has collapsed and sections of its supports lie in ruins near the base of the temple walls. A new roof has been built onto what remains of the temple from wooden beams and the fallen stone. Interior ceilings are approximately 35’ high, and the walls are decaying and pitted stone. The floors are stone, dirty and gray with ash and dust.

Those area of the compound that are not part of the temple, the outbuildings that are still standing or the courtyards are ruins. These areas are the remains of several totally burnt buildings that once lined the walls of the temple compound. Weeds grow up through broken beams, skeletons and tumbled blocks. Dust and ash blow through the air. Occasionally, walls of destroyed buildings still stand one to three stories in height, with broken doors and shattered windows, but no roofs or floors. 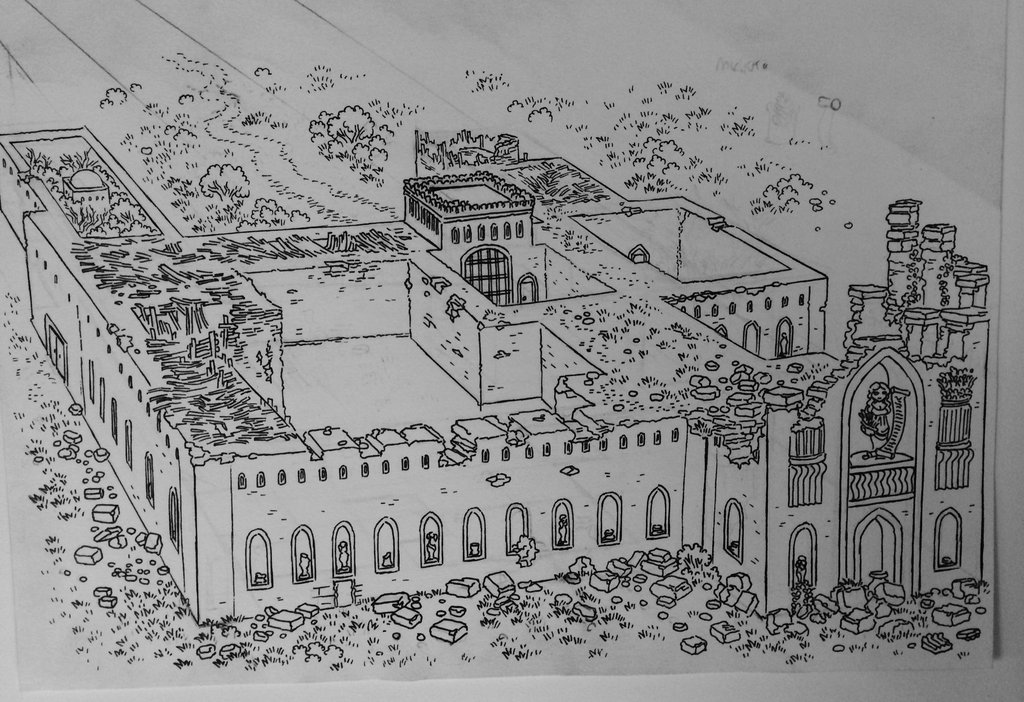