Suderham
City of the Nine

The secret mountain pass in the Drakansgreb Mountains led to a large hidden volcanic crater. Most of the crater was occupied by a lake. There, in the middle of the lake, was the Isle of the Slave Lords. Called the Aerie, it was accessible only by the boats and ferry-rafts visible at the docks of the island. On the isle there rose another extinct volcanic peak, Mt. Flamenblut, and a small city, Suderham, surrounded by impregnable walls. The area between the city and the docks was mostly low-class slum dwellings, and the only other visible areas were farmland worked by slaves. 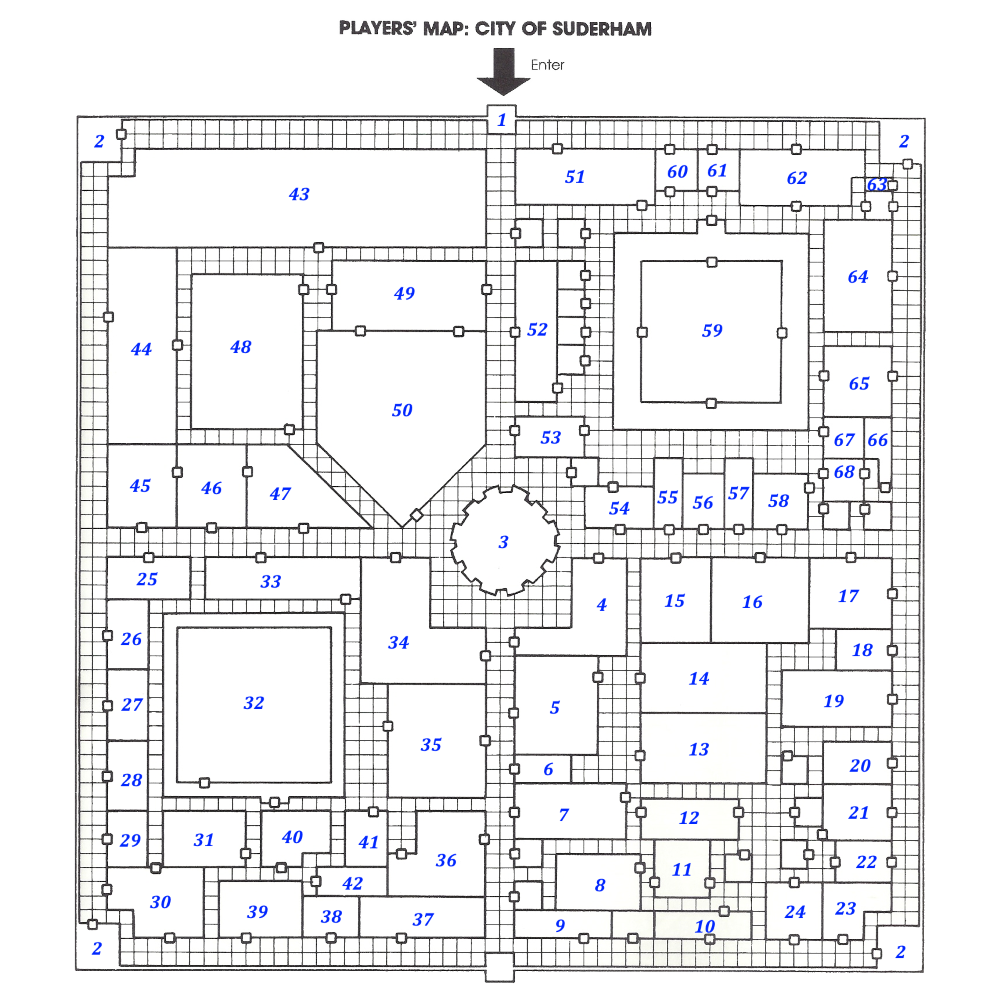