The Kingdom of Valenar

The Kingdom of Valenar is located in the southeastern portion of the continent of Caledonia, adjacent to the Republic of Eridae. The eastern border with Eridae is defined by the Pelyra River and the Bitteroot Mountains. On the west, Valenar borders with the destroyed and barren lands of Morytania, and to the north borders the plains of Gineon. The southern edge of Valenar is all coastline.

Valenar is a feudal kingdom consisting of an aristocracy of provincial overlords serving under a single monarch, presently a King. Each provincial lord or lady is responsible for the administration of law and maintenance of order, the collection and submission of taxes, duties and tariffs, the execution of the budget and command of local constabulary and military forces for the defense of their province and the Kingdom as a whole. Each overlord reports directly to the King and acts with his authority. The King appoints overlords, and is the sole discretion for their removal.

Similar to its coastal neighbors, Valenar is a largely maritime nation that trades heavily worldwide. Its navy is small but competent, but its merchant fleet is on par with its trading partners and neighbors. Its land-based military is stretched thin, with the majority of its forces stacked up on the border with Morytania, in hope of keeping whatever cataclysm that happened in that once proud land contained there. The military costs are severely burdening the Valenarian economy, with over-sea trade being the only positive source of revenue. Local production of the various salable goods is lagging as are services, and Valenar is in a serious financial recession in everything except agricultural products. 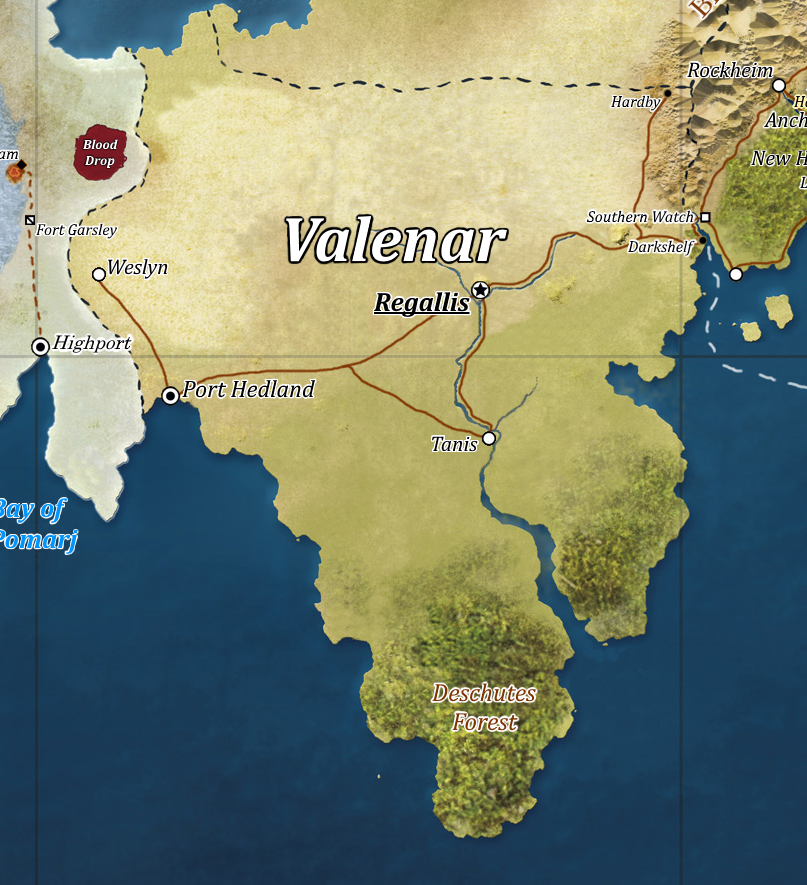